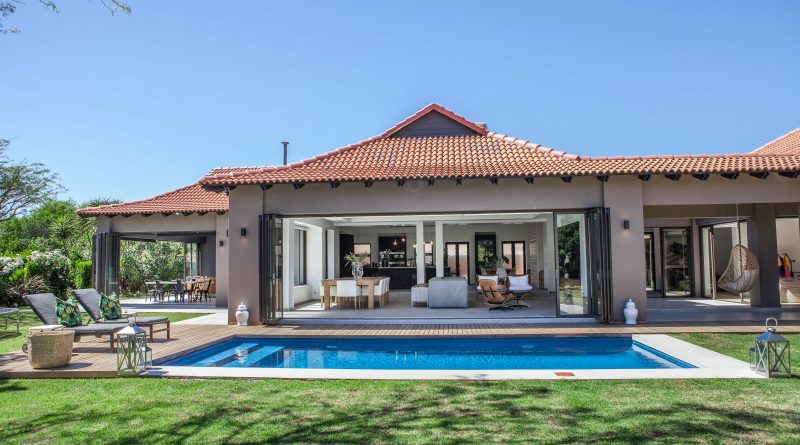 The recent steep hike of 75 basis points in the South African Reserve Bank’s repurchase rate and subsequent rise in the prime lending rate to 9% is significant for consumers and the remainder of this year will be tough for many South Africans, as they struggle to cover household expenses.

There will however be resilience in the mid-market for the property industry and all the current data is not negative, says Antonie Goosen, principal and founder of Meridian Realty. “Some of the numbers quoted by the Monetary Policy Committee (MPC) show some positivity further down the road, but for now we will have to manage the higher rates. Increases in bond repayments may put more pressure on households. Some may resort to selling their homes, due to unaffordable bond repayments. This will be seen predominantly in the markets where households have less disposable income,” says Goosen.

Goosen says the latest TransUnion Consumer Pulse Study for the second quarter of this year showed that 56% of consumers said they were likely to default on at least one of their bills and loans in the next three months. More than half of the households surveyed (52%) said they would have to cut back on discretionary spending because of continued inflationary pressure. “We all know the remainder of this year will be tough for many South Africans, however, the resilience the mid-market is showing will hopefully offset this to an extent for property professionals seeking to keep their businesses stable. In the mid to higher segments, buying may continue in areas outside of Central Business Districts. It is important however that any good agent should work within a home buyer’s budget and ethically ensure they do not encourage them to over-extend themselves,” says Goosen.

He says looking back, the economy contracted by -6.4% in 2020. The Gross Domestic Product (GDP) growth then moved to 4.9% in 2021 according to National Treasury and Stats SA. More recently, according to Stats SA, GDP expanded by 1,9% in the first quarter of 2022, representing a second consecutive quarter of upward growth. “The size of the economy in Q1 reached pre-pandemic levels, with real GDP slightly higher than what it was before the COVID-19 pandemic. This is a positive for South Africa,” says Goosen.

“Despite headwinds to the global economy, the MPC expects South Africa’s economy to grow by 2%, revised up from 1.7%. It noted in its statement that growth in output in the first quarter of this year surprised to the upside at 1.9%, stronger than the 0.9% expected at the time of the previous meeting. Trading Economics says that off the back of GDP growth in Q122, eight out of ten activities recorded growth, notably manufacturing (4.9% vs 2.4% in Q4); trade, catering and accommodation (3.1% vs 3.9%); finance, real estate and business services (1.7% vs -0.7%); and transport, storage and communication (1.8% vs 2.9%). From these figures we can see that many industries and real estate in particular is still in a better position that it was in Q421,” says Goosen.

He says Q2 figures are yet to be seen, but according to the BankservAfrica Economic Transactions Index (BETI), a robust early economic scorecard for South Africa in terms of trends in economic growth, all signs were that the economy moderated in June, (although 5,3% higher than the prior year) off the back of 9.4% growth in May 2022. This is considered to be a sign of future strain on the economy, although the report states that there is still economic growth on the cards for South Africa in the second quarter of 2022.

He says the FNB Property Barometer for July states that, “the shift in housing needs and the intensifying competition among lenders, should continue to support activity”. Goosen concurs and says that it is not all doom and gloom, realtors just need to adapt to the changing demand that has arisen due to those seeking to semigrate and competition among those financing home loans providing relatively attractive financing for potential homeowners.

Goosen maintains that “In our experience, we have seen increased sales along the Garden Route in three plus bedroom hoses, this is due to the average family of four (requiring 3 bedrooms) seeking to semigrate and in turn needing space to work at home (fourth room for a study or office). This trend is continuing. In addition, the average house price is still higher than it was this time last year. I expect this to drop in the coming months.”

The FNB Property Barometer is aligned to Goosen’s expectations stating that price increases may have slowed and time on the market may have lengthened across the board, but areas like the Western and Eastern Cape still have the shortest time on the market, below the average of 13 weeks, and mid-tier priced homes between R1.6m and R2.6m spend approximately eight weeks on the market (up from the previous six weeks). Goosen says that sales in the Eastern and Western Cape are in the upper market segments and are due mainly to semigration and the market recovery we saw in the previous quarter. He also attributes less time on the market due to the buoyancy of the mid-tier market, for now.

Following the global trend of inflationary increases, South Africa has seen rapid rises in inflation putting pressure on the disposable income of households with CPI at its highest level in 13 years. Goosen says, our GDP continued to recover in Q1, with many sectors, including real estate, recovering to pre-pandemic levels. He goes on to say that Q2 and Q3 figures will differ as the delayed impact of the war in Ukraine, KZN flooding and the intense load shedding the country just experienced come to the fore.

He says power constraints may cause the mid to higher end market to seek access bonds to take their homes off the grid adding to household debt. This may be a necessity for those running businesses from home, where being offline is just not an option. “South Africans are not alone, the globe is experiencing slowed growth and rapid inflation. Industries must seek to innovate and collaborate to stay abreast of a changing and subdued market. Properties need to be priced and positioned correctly and some may need to boast off grid features or attractive ‘out of town’ work locations to appeal to potential buyers,” concludes Goosen.