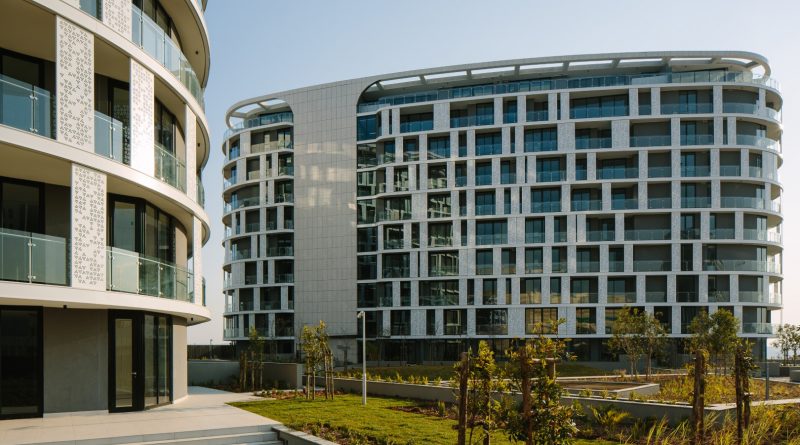 The first phase of high-rise luxury apartment development, Ellipse Waterfall, is complete. Construction of the first two towers, 10-storey ‘Newton’ and 11-storey ‘Kepler’, began in November 2019 and is now complete. This moves the development onto the second phase in which the flagship 16-storey ‘Cassini’ tower including ‘The Luna Club’ will be built. The ‘Galileo’ tower will be built in the third and final phase.

Once complete, the sizable 45,000m2 precinct will include 600 brand-new apartments and other amenities such as leisure and lap pools, verdant gardens, and ‘The Luna Club’. Designed by a distinguished multidisciplinary design studio, dhk Architects, the elegant form of the Ellipse Waterfall towers developed by Attacq and Tricolt will deliver a highly recognizable landmark in the heart of Waterfall City. The architecture is both bold and discreet, featuring a striking facade of glass and solid panels that allow the buildings to be presented as a singular, legible architectural form. The design moves away from simple all-glass towers and will be recognized as an enduring and site-responsive addition to Waterfall City. The carefully designed podium and ‘The Luna Club’ will engage residents and endorse the sense of community, providing further quality to this unique development.

Waterfall City is a rapidly developing mixed-use suburb that encompasses a variety of lifestyle, residential and commercial functions. Prominent buildings within the district include the Mall of Africa, as well as several high-rise office blocks. The vision of Waterfall City is to establish a vibrant, modern destination that embraces urban living.