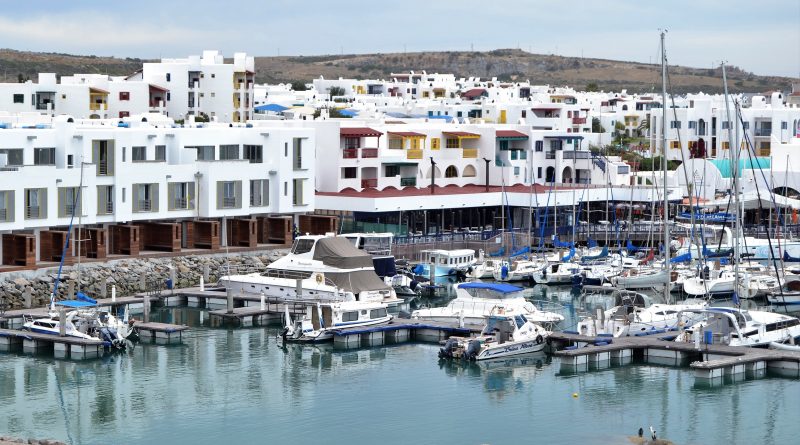 Samuel Seeff, chairman of the Seeff Property Group says the trend to either moving to small towns or investing in a second home for the purpose of remote working (among others), especially along the coast has been a key driver of activity over the last year.

These small towns and villages have become known as “Zoom Towns”, a phenomenon first coined in the USA, but also trending across SA as the Covid Pandemic drives people to look for a better quality lifestyle. Seeff says it is especially the small coastal towns which are within reach of a city and airport for commuting purposes which are benefiting from this trend.

Where we would have expected that sales in the small coastal towns would basically come to a standstill given the economic decline, we are seeing the opposite, he adds. Recent price growth trends also seem to point to slightly higher price growth on the coast compared to inland areas which is rather uncharacteristic.

The move away from the “high rise, high rent” trend of a few years ago means that there is a shift in the buyer demographics taking place. Where it has traditionally been older buyers who would migrate to smaller coastal locations for reasons such as downscaling or retirement, increasing numbers of young people are heading to the coastal locations.

In Hermanus for example, almost a quarter of permanent residents are now under 35 years. In Langebaan, it is about one third and over forty percent in the Blouberg area. On the KZN mid-South and Hibiscus Coastal areas, some 20%-30% of buyers are from other areas.  Traditionally “older” areas such as Mossel Bay, Sea Point and Green Point are also seeing an influx of younger buyers.

The longer the Covid Pandemic lingers, the more buyers we see who are looking to escape to less crowded areas where they can enjoy a quality lifestyle while adhering to health regulations, says Seeff. Aside from the water sport, the coastal towns offer a great outdoor lifestyle, often with golf and other amenities, cycling or just walking your dog in relative safety.

The Southern Cape and West Coast towns such as Hermanus, Langebaan and Struisbaai/Agulhas are doing well contrary to what might be expected.

Hermanus is for example rising in popularity with out of towners who now make up  70% of all sales, according to Paul Kruger, licensee for Seeff Hermanus. Already popular for second homes, the town is now a hot spot for remote workers and semigrating families who can enjoy a cosmopolitan coastal lifestyle, access to the beautiful Hemel en Aarde Wine Valley and top class facilities and great schools. Although prices can reach into the upper millions for a luxury home, you can still find apartments from around R1 million and houses from around R1,8 million.

Langebaan, an hour from Cape Town, is a popular weekend bolthole and second home destinations for Capetonians, says Jaco Coetzee, a senior agent from Seeff West Coast. It is a great base given the proximity to Cape Town, Saldanha, Vredenburg and sales are “booming”. You can find fabulous apartments in Mykonos from around R900,000 and houses from around R1,7 million.

The Struisbaai/Agulhas area is more secluded but alluring for the white-washed fisherman-architecture and location on the southernmost point of the African continent. Richard Pratt, Seeff’s manager for the areas says the market is doing well.

Hot spots include the “Klein Robertson” area in Struisbaai because of its proximity to the harbour and swimming beach, Ocean View Drive in Oceanview Heights because of the spectacular views and Marine Drive because of its seafront location. Although prices have reached as much as R5,1m in Agulhas and R8,5m in Struisbaai, you can still find apartments from R1,2 million and houses from around R2 million, often with sea views or close proximity to the beaches.

Wifitribe picks areas such as Sea Point and Green Point as great locations for digital nomads for the great café culture and coworking spaces. Ross Levin, managing director for Seeff Atlantic Seaboard and City Bowl says these neighbourhoods along with the CBD still offer accessible pricing and well-priced apartments are literally flying off the shelf.

Seeff agents, Hilary Biccari and Jackie Clarke have for example sold five apartments in March achieving 96% of asking prices. These days, says Levin, if you can find an apartment for under R2 million, you should buy it as they are disappearing fast. These areas are also great Airbnb investments.

The Blouberg area is essentially a coastal village lifestyle with great surfing and white beaches yet with “big city” facilities and accessible pricing, says André Blignault, an agent with Seeff Blouberg. Aside from “nomads”, semigrating buyers are flocking to the area from Johannesburg, Pretoria and the northern provinces. Foreign buyers are also investing in this growing tourist market.

Kaaiman Schutte says Mossel Bay is still one of the most affordable small coastal towns in the country to invest in. It offers a great cosmopolitan lifestyle, excellent schools and medical care and proximity to George and the airport.

The market is performing well with Seeff increasing its sales by 15% over the last year and kicking 2021 off with the best January in six years. Schutte says Mossel Bay is a great place to retire or buy a holiday home for later retirement or for semigrating families. Although prices of up to R10,2 million have been achieved, there are still plenty to buy below R2,5 million but do not expect “bargains”, he says.

Port Alfred enjoys two waterfront areas, the Kowie River and warm Indian Ocean. The location midway between Gqeberha  and East London and proximity to Rhodes University makes it a great base for retirees, holiday makers, semigrating families and remote workers, says Simon Olivier, Seeff’s licensee for the area. Prices range from around R700 000 for an apartment, townhouses from R1,2 million and houses from R1,8 million.

While the KZN North Coast has been receiving a lot of attention, small town along the Mid-South and Hibiscus Coast such as Amanzimtoti, Pennington, Ramsgate, and Margate are also attracting attention, not just from upcountry buyers, but event those who work in Durban.

Prices are more accessible here and the proximity to Durban and the King Shaka International Airport are important contributors to the demand, says Ms Jo Giraudeau, Operations Manager for Seeff KZN Mid-South Coast.

She says there’s great schools and facilities including great golf in Pennington with two superb 18-hole courses (Umdoni and Selborne) and the 9-hole Pen Valley, mountain biking trails at Rocky Bay and horse riding at Umdoni and more.