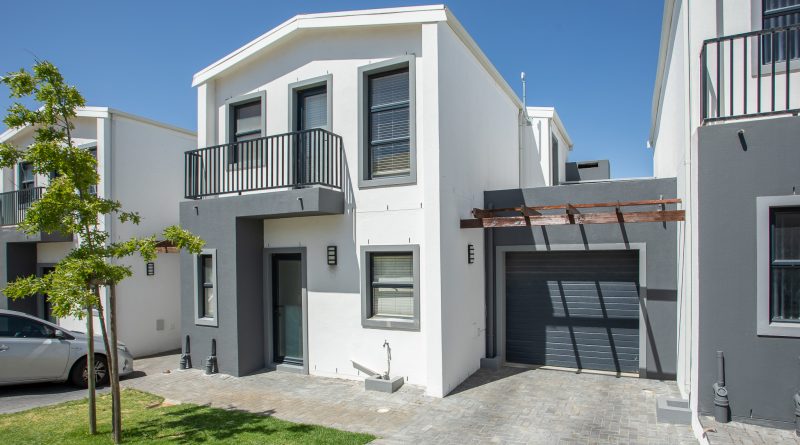 Affordably priced homes below R1.5 million are flying off the shelves in the Cape Town Metro, to the extent that there is currently a shortage of stock in this price band.

However, despite the high demand – which is mainly from first-time buyers and some investors, and is evident across the Northern and Southern Suburbs as well as the Western Seaboard, homes in these price ranges can be found, as more stock becomes available on the market and activity levels in this price band remain buoyant, says Pam Golding Properties.

Says Emarie Campbell, Pam Golding Properties area principal on the Western Seaboard: “In this price range in the popular Sunningdale and Parklands areas on the Western Seaboard, we find a large inflow of first-time buyers seeking residences, including those who are currently renting but with the low interest rate are now able to purchase their own homes.

“Our first-time buyers are Cape Town locals, including those relocating from the townships, as well as purchasers from the Eastern Cape, Gauteng and a few from Johannesburg. They want affordable homes – preferably priced below R2 million and comprising freestanding, three-bedroom, two-bathroom residences with a lock-up garage providing direct access into the home and a garden for children and pets, and located close to MyCiTi bus stops, government and private schools, gyms, shopping malls, churches and hospitals.”

Homes under R1.5 million can be had in Blouberg Rise, Blouberg Sands, Bloubergrandt, Sandown, Parklands, Parklands North and Sunningdale first phase – where you can secure an 80sqm, two-bedroom, one-bathroom property or a two or three-bedroom apartment from R1.45 million to R1.5 million. Meanwhile a notch up to the price band below R3 million will fetch a good size, new home in the latest phase in Sunningdale, or a residence in Big Bay, Blouberg Rise, Blouberg Sands, Waves Edge and Century City.

Adds Campbell: “However, we are experiencing a high demand and a severe shortage of stock for freehold homes up to R2 million in Parklands, Parklands North and Sunningdale. Homes being snapped up in weeks include recent sales for R1.54 million, R1.525 million and R1.95 million.

“We are also seeing a growing demand for affordably priced homes under the R2 million mark in Old Table View, where large stands enable families to add on a flat for extended family, thereby reducing the costs of two separate homes, as well as homes in a similar price bracket close to schools, the beach and Atlantic Beach Golf Course.”

Within suburbs spanning Southern Suburbs, South Peninsula, Hout Bay and the West Coast, Pam Golding Properties area managers Shelly Keys and Samantha Nel report good movement in vacant plots priced as low as R100 000 and situated along the West Coast. “These allow buyers to build a home of their own specifications and within their own budget, while one and two-bedroom sectional title apartments under R1.5 million can be had in areas of the Southern Suburbs such as Wynberg, Observatory, Muizenberg and Fish Hoek. In the price band up to R3 million, freehold houses can be acquired in Mowbray, Rondebosch East, Kenwyn, Meadowridge, Fish Hoek, Kommetjie, Glencairn, Langebaan and surrounding West Coast areas such as Yverfontein, while Claremont also offers sectional title apartments in this price category,” they add.

Nel and Keys say requirements from these buyers include a spare bedroom to use as a study or work-from-home space, good proximity to schools, access to parks, and access to beaches in the case of the outlying suburbs of the Southern Peninsula.

In Cape Town’s burgeoning Northern Suburbs, Pam Golding Properties area principal in Plattekloof, Pierre Nel, says in centrally situated Burgundy Estate, which borders Bothasig and Edgemead and offers easy access to Cape Town city centre and Century City, one can mostly acquire one, two and three-bedroom apartments between R1.1 million and R1.5 million, or from time to time find a two-bedroom house with a small erf in this price range. For R3 million, three to four-bedroom family homes in the suburbs of Panorama, Welgelegen, Monte Vista, Plattekloof Glen, Edgemead and Bothasig can be purchased.

Says Nel: “We are currently seeking stock in the sub-R3 million price range in all the above areas, where buyers are looking for three to four bedrooms, ample living space and a double garage, and if possible, a swimming pool as most of our buyers are young families – many being first-time buyers. We also have many sellers scaling down for retirement who tend to look at securing a small lock-up-and-go home within these areas. Homes which have been modernised are usually the quick sellers if priced correctly, as many buyers tend to look for the perfect property so they can simply move in.

“Location plays a key role, with our areas conveniently situated, while we also have excellent schools in our suburbs and surrounds. Many purchasers now are looking for space in order to work from home, plus a small garden. Most of our buyers emanate from the Western Cape – mainly Cape Town areas in Southern Suburbs, Century City, Milnerton and Durbanville, while we also sell to those from other provinces such as Gauteng, KwaZulu-Natal and the Eastern Cape.”

Comments Annien Borg, Pam Golding Properties MD in the Boland region: “Most properties which sell for under R1.5 million in Durbanville and the surrounding areas are apartments and townhouses in Durbanville Central, Amanda Glen, D’Urbanvale, Sonstraal Heights, Tygervalley Waterfront and Loevenstein. In the price band between R1.5 million and R3 million you can find properties ranging from a two-bedroom apartment in Durbanville Central to a four-bedroom house in Uitzicht, Wellway Park and various other suburbs, including the abovementioned areas.

“There is a shortage of stock in the price band between R2 million and R3 million in Durbanville and surrounds due to the increased demand from first-time buyers, mostly young families, looking for affordable three-bedroom homes and buyers wanting to scale down. Gardens don’t have to be big, but space for an outside braai and for a pet is always sought after. We find that areas close to schools are always in high demand, but for couples without children easy access to the N1 or commercial hubs are key factors, while retirees want to reside close to amenities such as shops, doctors and hospitals.”

Adds Borg: “The bulk (80%) of our buyers move around from other areas within the Northern Suburbs. A trend we note is for a number of buyers in the 35-50 age group relocating from areas like Brackenfell and Boston to Durbanville and Welgemoed. In Wellway Park East enterprising buyers are acquiring property for under R2.5 million and doing renovations as this is an established area with tree-lined streets, close to amenities such as Mediclinic Durbanville. We recently sold a 171sqm home here with three bedrooms and two living areas on a 1 000sqm plot for R2.05 million (see photograph).

“In Langeberg Ridge and Langeberg Heights you can still find a three-bedroom home in the region of R2 million, and we recently sold this (see photograph) three-bedroom home in Tanglewood Estate in Langeberg Heights for just under R2 million. This area has easy access to the N1 and surrounding towns like Malmesbury and Paarl, with quick access to Mediclinic Cape Gate and shopping centres. As a result, there have been a number of new townhouse developments over the past few years and investment in road upgrades in the area.”

Says Micheal Dos Santos, Pam Golding Properties area principal in Goodwood, Athlone and Belhar: “Most of our areas generally offer homes under the R3 million mark. Suburbs such as Athlone, Bridgetown, Silvertown, Kewtown, Khayelitsha, Gugulethu, Ruyterwacht and Delft often fetch prices of R1.5 million and below, while Richmond Estate, Vasco Estate, Goodwood Estate and Townsend Estate all offer value for money, with homes fairly priced between R1.5 million and R3 million. Areas experiencing a shortage of stock are the high-demand suburbs of Glenwood and Tygerdal as home owners here tend to remain here and therefore hold onto their properties. Richmond Estate is also a sought-after location which usually has a stock shortage, although currently we have several properties available for purchase.”

He adds: “While most of our requests are for three-bedroom homes with a garage, and preferably a separate entrance for elderly parents or other family members, we also have buyers seeking lock-up-and-go-sectional title homes, a few requests for fixer-uppers, and buyers purchasing apartments for investment purposes – seeking properties with small gardens and low maintenance and located close to shopping malls and schools. Interestingly, we have a mix of first-time buyers and those looking to downsize to convenient sectional title properties, with families buying together and foreign buyers also becoming more prevalent.”

In Cape Town’s South Eastern Suburbs and Mitchell’s Plain, Pam Golding Properties area principal, Nazmie Anthony, says in the more established areas of Mitchell’s Plain such as Colorado, Portlands, Westridge and Strandfontein, you can purchase a modern, three-bedroom property priced between R900 000 and R1.5 million. In the R1.5 million to R3 million bracket you can acquire property in sought after areas such as Ottery, Lansdowne, Wetton, Fairways and Heathfield consisting of three to four bedrooms, two bathrooms, an entertainment area and often a swimming pool as well.

Says Anthony: “There is a constant need for stock to come onto the market in all these areas as correctly priced properties sell quickly – often before being listed. Buyers are generally looking for modern, ready to move in properties. In the sub-R1.5 million price band this is in line with what they can afford and they often do not have additional resources available to fix up the property. It’s all about affordability in these areas and as a result, buyers are often prepared to compromise on their requirements to secure a home to suit their budget. About 90% of our Mitchell’s Plain buyers are first-time purchasers, while the South Eastern Suburbs profile is that of clients who are upgrading within the area.”