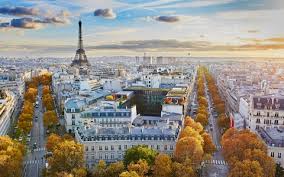 Significant increase in Cape Town values over past 5 years

Price growth across the world’s leading prime city housing markets has continued to slow during the first half of 2019, rising by just 0.4%, taking the annual growth to 0.7%. This compares to an annual increase of 5.1% in the year to June 2018.

“There are a number of reasons why the prime residential markets in global cities are seeing a slowdown, with government policy, the cost of money, increased supply and global economic uncertainty all playing their part,” says Sophie Chick, head of Savills World Research. “Despite this, we do not expect significant price falls across the index, but that growth will remain flat or experience small increases in value in the medium term.”

Latest data from Savills World Cities Prime Residential Index shows that Berlin and Paris have seen stand out growth for prime residential property of approximately 4% over the last six months and 8% over the last year. Both markets have low supply levels coupled with increasing demand from domestic and international buyers.

The six months to June 2019 also marked a turning point for a number of Chinese cities as prices increased following falls during the second half of 2018. This follows a slight loosening of housing restrictions as their economy slows. Hong Kong, which still has the most expensive residential property in the world at US$4 730 per sq. ft. / €45 400 per sqm, saw growth of 1.3%.

A similar pattern was seen in Moscow where prices increased by 1.2% following years of price falls as Russian money returns to the capital due to scrutiny of Russian money overseas.

Elsewhere in Asia, Kuala Lumpur and Bangkok, where prices are US$260 and US$880 per sq. ft respectively, both saw prime prices rise by nearly 2.5% in the first half of the year.

Conversely, many of the cities in the US have seen price falls overs the first six months of 2019 due to recent tax changes impacting demand and, in the case of New York and Miami, high levels of stock on the market. In Dubai, prime prices have fallen 20% in the last five years and are still falling due to high levels of new build stock and global economic uncertainty.

The report says that in Sydney and Cape Town, values have increased significantly over the past five years but are now experiencing price falls as affordability, amongst other things, slows the market.

Significant increase in Cape Town values over past 5 years

Says Dr Andrew Golding, chief executive of the Pam Golding Property group, which has an association with Savills: “Bearing in mind that the survey focused mainly on prime, top-end markets, while the Cape Town premium market has been through a correction, this is in line with the bulk of global prime city markets.

“As experienced in Sydney, affordability was an issue here, however we are now seeing value coming back to the market. In fact, the tentative rebound in the national housing market seen in recent months is being led by a turnaround in the Western Cape housing market. After a price correction during the past 18 months, which saw the regional housing market adjust to the prevailing national economic realities, activity and prices appear to be stabilising – with some signs that market conditions are beginning to return to normal.

“On the upside, the downward adjustment in prices has improved the perceived affordability in the market and is making aspirational markets – such as the Atlantic Seaboard and City Bowl – more accessible to a broader range of South African buyers.

“Furthermore, from the Index below, it is clearly apparent that in global terms, prime Cape Town residential property offers huge value for money within a world-class city, internationally renowned for its exceptional lifestyle and natural beauty.”