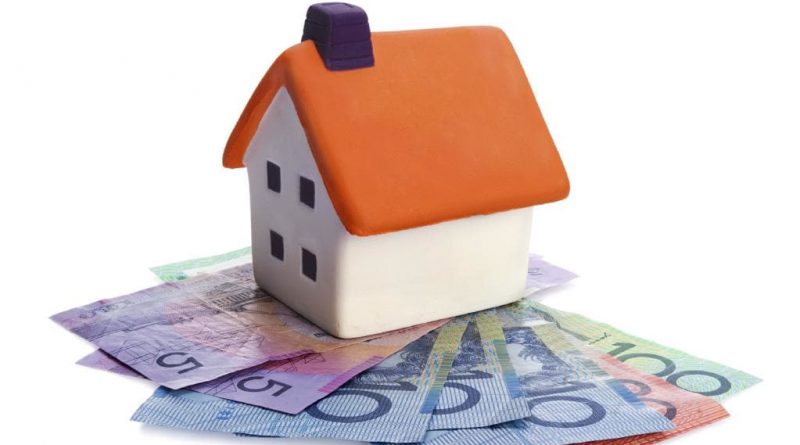 We have sometimes thought of the Commercial Property Market as being a “lagging” segment in the property cycle, lagging the Residential Market. But is this always the case? Apparently not. The most recent cyclical slowdown in property value/capital growth appears to have been led by the Commercial Property Sector and followed by the Residential Market.

We compare the growth rates of the FNB House Price Index against the IPD All Commercial Property Capital Growth rate since 2002. The 2 series are not exactly comparable, as their methodologies differ. However, we are not interested in the magnitude of growth but rather the growth direction, and the timing of peaks and troughs. For this purpose we believe we can compare the two.

In the pre-2008 property boom period, we saw annual house price growth peak at a massive 33.8% in 2004, and slow steadily in the subsequent years. Indeed, in that cycle it was the Commercial Property Sector that lagged, the IPD All (Commercial) Property Capital Growth rate reaching a high of 18.5% only a year later in 2005, then sustaining similar double-digit growth up until 2007’s 17.6%, only dropping sharply in 2008.

Why do we believe that the Residential Market’s price growth peaked earlier and dropped faster than Commercial in the pre-2008 boom? We believe that the Residential Market may be more sensitive to debt-servicing costs than the Commercial Market, the latter we believe to be more influenced by the direction of economic growth. A rapidly rising Household Debt-to-Disposable Income Ratio from around 2004 started to lift debt-servicing costs for households, quickly cooling housing demand growth and house price growth. Then came interest rate hiking from mid-2016 to mid-2018, delivering the second “blow” to the Housing Market.

But Real GDP (Gross Domestic Product) growth hit 5%-plus rates only in 2005 (5.3% in that year), and remained above 5% in 2006 and 2007 (5.6% and 5.4% for the 2 respective years), before dropping sharply in 2008 and 2009, those 3 strong growth years keeping the Commercial Property capital growth at strong double-digit rates, prior to the sharp slowdown in 2008/9. The economic growth slowdown thus lagged the interest rate hiking cycle that time around, and the Commercial Property Market capital growth slowdown lagged the Residential Market we believe as a result.

The sequence of events in the most recent cycle has been different. Post-Financial Crisis GDP growth peaked at 3.3% in 2011, before starting its multi-year gradual stagnation in 2012. The interest rate hiking cycle only started later, in early-2014, continuing through to early-2016. With the economic stagnation leading the interest rate hiking this time around, we thus saw commercial property capital growth rates starting to slow earlier than residential price growth, the former peaking at 6.8% in 2013, before starting a multi-year slowdown, the latter peaking at 7.9% in 2014 before slowing only thereafter.

This is not to say that the economy doesn’t impact on both markets. It does, and this is the reason why both property sectors see slowing price/capital growth even in 2018 to date, despite the fact that we have had small interest rate cuts. It is merely a case of the housing market’s price growth trends possibly being more sensitive to changes in interest rate (and debt-service cost) trends and the Commercial Market being more sensitive to economic growth trend changes.

So this time around, it has been the economic growth slowdown that started before interest rate hiking, and commercial property capital growth rate that has led the residential price growth slowdown.

The low single-digit growth in nominal terms continues to translate into a year-on-year price decline in “real” terms, when adjusting for CPI (Consumer Price Index) inflation. This in effect means that the gradual housing market price “correction” continues, a slow real price decline that has been in place for most of the time since early-2016.

As at September 2018 (October CPI not yet available) real house prices declined year-on-year by -1.1%, with CPI inflation at 4.9% in that month and house price growth at 3.7%.

FNB’s valuers continue to point to housing demand weakening, and with it the demand-supply balance as reflected in a declining FNB Valuers’ Market Strength Index (explanatory notes at the end of the report).

This appears to explain the declining house price levels in real terms.

The Seasonally-Adjusted FNB Residential Demand Rating declined by -4.21% on a month-on-month annualized basis in October 2018.

In addition, October 2018 was the 5th consecutive month that the FNB Market Strength Index was below 50, at 49.8, which means that the valuers now rate residential supply as stronger than demand.

The broader multi-year weakening in the FNB Market Strength Index began after a multi-year high of 51.8 reached in September 2015.

Examining the longer run performance of the FNB Repeat Sales House Price Index in real terms, we still see it at relatively expensive levels, 89% up on the January 2001 “pre-boom” index level. This is despite significant cumulative “post-bubble correction”, the “bubble” referring to the pre-2008 housing bubble.

The “post-bubble correction” to date has come in 2 phases. The 1st phase of correction was a sharp decline in real house prices of -21.1% from August 2007’s all-time high to September 2009.

From October 2009 to December 2015, we saw a period of mild recovery, with cumulative real house price growth of 3.9%. This “mini-recovery” came on the back of massive monetary and fiscal stimulus packages both globally and locally, aimed at ending the 2008/9 recession and Global Financial Crisis. In South Africa, the SARB implemented major interest rate cuts at the time, Prime Rate dropping all the way from 15.5% late in 2008 to 8.5% by mid-2012. The global and local stimulus helped the economy to recover moderately, and the stimulus helped economic growth recover to a 3.3% post-2008 recession peak.

However, from 2012, the stimulus began to wear off, economic growth began a broad stagnation, and then interest rates started to rise from early-2014 to early-2016.

These events have to the start of a the “2nd phase” of the post-bubble correction, with real house prices having to date declined cumulatively by -3.4% since January 2016.

The other key “real” house price measure which we watch is our House Price/Residential Rental Ratio Index. This is an important ratio, because if house prices rise too far above rentals, ultimately a relatively cheap rental market would become more attractive relative to home buying, thereby reducing home buyer demand as more households choose the rental option.

Progress in lowering what we believe to still be a relatively high Price-Rent Ratio has also been slow, with the rental market also mired in mediocrity in a weak economy. Nevertheless, there has been some decline in our Price-Rent Ratio Index, to the tune of -3.1% since a post-recession high reached in May 2016, and the index is 12.96% down on January 2008.