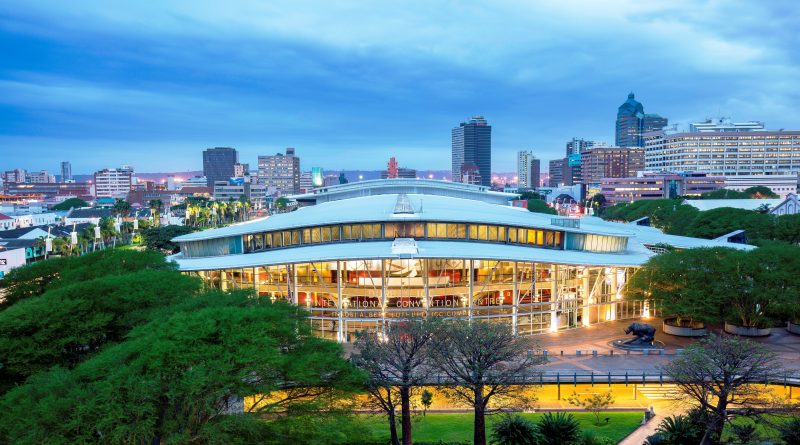 The annual South African Property Owner’s Association (SAPOA) Convention and Property Exhibition – the country’s largest commercial property event and arguably the largest in Africa – is less than two weeks away and will take place at the Durban International Convention Centre.

#SAPOA2018 is the 52nd annual convention of the association, which represents the interests of SA’s commercial property industry. Over 1100 delegates – from C-suite executives of JSE-listed SA Real Estate Investment Trusts (SA REIT’s) to property and built environment professionals working in the industry; and, financiers to government leaders and academics – are anticipated to attend the 3-day convention from 19-21 June.

More than 30 local and international speakers and panelists are set to be part of talks and deliberations at the event, according to the full convention programme (http://www.sapoa.org.za/convention/programme/) posted by SAPOA this week on its website. GladAfrica Group is the principal sponsor of the event again this year, while the convention’s theme is “The future we create… Imagine the possibilities”.

Noel Mashaba, GladAfrica Group’s Founder and Chairman, commented: “As an industry, we appreciate and fully embrace the use of sophisticated technology not only to stay ahead of the curve, but more importantly to advance the property sector and take it to greater heights of service delivery.”

He added: “These are indeed exciting times and we are honoured to be part of this journey with SAPOA, especially as it relates in imparting our knowledge in the industry and effecting change in this progressive technological era.” As principal sponsor of the SAPOA Convention, Mashaba will address the event on the morning of 21 June. Mashaba will shed more light on the built environment industry at large and property sector in particular.

In a joint convention message on SAPOA’s website, Chief Executive of SAPOA, Neil Gopal, and Convention Committee Chair, David Green said: “The theme of the 2018 Convention… will challenge delegates to think futuristic, allowing them to explore the possibility of multiple futures and new technologies within an innovative and diversified real estate environment.”

“KwaZulu-Natal’s economic hub, Durban, is an exceptional location for the Convention. Durban is known for its warm subtropical weather and extensive beaches. The City is built around one of the busiest ports in Africa and focuses on providing visitors with a unique set of experiences that go beyond the beach and into the realm of Durban’s diverse culture, urban lifestyle and scenic diversity. The International Convention Centre, in the heart of the city, provides the perfect backdrop for both pre-and-post convention meetings and networking opportunities,” Gopal and Green added.

Besides the main conference on 20 and 21 June, the opening day of the #SAPOA2018 Convention will have two informative workshops on the water crisis in South Africa; a Durban city tour, highlighting some of the major catalytic developments underway in the city and sponsored by Tongaat Hulett; and, a Golf day for delegates at Mount Edgecombe Golf Course.

Other annual convention highlights, include the SAPOA Journalism for Excellence Awards, sponsored by Cushman and Wakefield Excellerate; the SAPOA Property Awards for Innovative Excellence; and, the Convention Gala Dinner, sponsored by Remote Metering Solutions and Old Mutual Property. SAPOA is also hosting a special Women’s Breakfast on Day 3 of the Convention, sponsored by Azzaro Quantity Surveyors. Media mogul and entrepreneur behind Ndalo Luxury Ventures, Khanyi Dhlomo, is the keynote speaker at the breakfast.

* To book or for more information on the #SAPOA2018 Convention and Property Exhibition go to http://www.sapoa.org.za/convention/