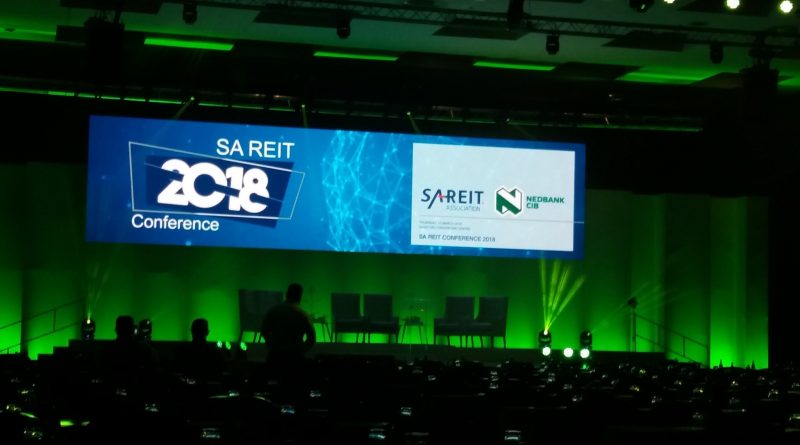 South African business needs to participate in the land expropriation debate and be part of finding solutions to the land issue, to “avoid unintended consequences”.

That’s the word from business heavyweight Jabu Mabuza, who chairs Business Leadership South Africa (BLSA) and the boards of Eskom and Telkom, amongst others. He was speaking on a panel discussion that dealt with the hot issue of land and expropriation without compensation at the 2018 SA REIT Conference in Sandton Central last week.

“We need to participate and trust the process. We as a country have dealt with thornier issues, whether those were the arms struggle or nationalisation, we have dealt with those issues and have not avoided them. We have just delayed this (the land issue),” he said.

Mabuza said the current review of the land issue, “should be seen more as courage and a desire to find solutions”, and not a case of opportunistically being used 15 months towards a national election.

“The land issue can and must be addressed. It is an issue that there never will be a right time to deal with. What we all know is that it has not been attended to over the years… But, by putting it at the parliamentary review committee, I think it is to be sure that it is dealt with by everybody… We, as business, should participate in finding solutions, to avoid the unintended consequences that the president has so cautioned against,” he added.

Mabuza reminded the audience, made up largely of executives of JSE-listed SA Real Estate Investment Trust (SA REIT) companies and the commercial property sector, that they needed to recognise that Section 25 of the Constitution “speaks of three issues” around land – that of restitution,  redistribution as well as expropriation without compensation.

Petersen conceded that up until December last year, the industry had “been going about its business” and had forgotten about the land issue as an important issue.

“It has always been there in the background as something that potentially could break out. The introduction of the EFF to politics, certainly has brought this issue to the fore… We have found that, often trying to develop in townships, has become quite a big nightmare, because people come and they’re claiming a piece of what you’re doing there, often out of desperation,” he said.

“My view is that land is a critical part of property… As a sector, we are going to have to step up to the podium and get involved first-hand in the discussions, because this thing is not going to go away. We are going to have to participate and be part of the solution in terms of how we implement this,” added Petersen.

Quizzed by Mbele about investment in the property sector being halted if land expropriation was taken on in a way that made investors worry, Petersen agreed that investment could be affected. “I think, what investors often are looking for is certainty of policy, rather than exactly what the policy is. What we need as a sector is to get to the bottom of how this thing is going to happen, what exactly the policy is, but, at the moment no one knows,” Petersen added.

Speaking on the panel, Terence Sibiya, a managing executive at Nedbank CIB, said policy certainty from government was crucial for all sectors of the economy. He said the government should help to create a conducive environment for various sectors to grow and create jobs. Sibiya added that, while sentiments were positive from players from all sectors of the economy about the recent changes in governance, there still was a cautious approach to expenditure.

“To reignite the economy, we need investment in economy under policy certainty in all the sectors… People are cautiously optimistic given the recent changes,” he said.

Meanwhile, during his conference keynote address, Mabuza said with the recent political changes, “things have been moving fast towards unravelling the mess” at state owned enterprises and getting South Africa back on a sound financial footing.

“I don’t think anyone expects to see an immediate reversal of the protracted recession in fixed investment by the private sector. But, I do think that the constraints are starting to leverage and that President Ramaphosa’s administration will continue to drive an anti-corruption, pro-inclusive economic growth agenda. (We) will start to see a gradual and sustained recovery in fixed capital formation,” he said.

Mabuza added: “Business has strong views about how to get South Africa growing and transforming again. We will continue to express these views through constructive dialogue. Business is part of the solution. We are the biggest value creators in this economy. According to a BLSA study, the direct input created by our 67 member companies alone was R1.9 trillion in 2017. That’s 1.2 times the value of total budgeted expenditure by government in 2016.”

He said big business was a key contributor to the country’s GDP, employing seven times the number of public sector employees. “We recognise that no single actor can overcome the country’s challenges alone, and we need to work together. We will continue working with the president and national treasury to prevent a further downgrade, as a foundation for attracting both portfolio and direct investment,” Mabuza said.