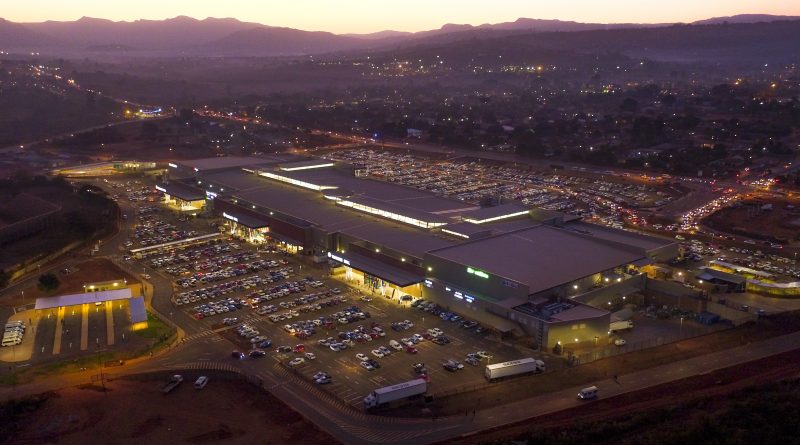 Thavhani Mall – the new 50,000sqm regional shopping centre which opened its doors in the Limpopo town of Thohoyandou in August – is adding to its eatery mix with big name brands Rocomamas, Burger King and KFC set to open at the mall in the next two months.

These are tasty additions to the mall, which has attracted millions of shoppers since its opening last year. The mall said in a statement released last week, that it was adding the three exciting restaurant brands to its mix.

The very first Burger King in Limpopo will open at Thavhani Mall in April 2018. Thohoyandou’s first Rocomamas, which is only the second of its kind in Limpopo, is set to open at the mall this month. Furthermore, sought-after quick service restaurant brand KFC will welcome hungry Thavhani Mall shoppers to its store when it opens later in April this year.

“The exciting introduction of these three strong brands to Thavhani Mall is being driven by the unique shopping patterns, specifically the strong trading being achieved by the mall’s already thriving Spur, McDonald’s and Nandos restaurants,” it said in the statement.

National brand Rocomamas is being brought to Thohoyandou by a local Limpopo-based franchisee who knows the market and believes its on-trend smash burger concept, which will also allow patrons to enjoy beers on tap, will be a hit with the local market.

Rocomamas also allows the family to enjoy a quality, casual dining experience and, for this reason, it will be located opposite Spur at Thavhani mall, forming a family-friendly focal point. Adding to its energised experience, the new Rocomamas will also feature external seating facing the nearby major road creating a great vibe at night.

Burger King, the international brand that is a relatively new and wildly popular entrant to the South African market, will make provincial history when it opens its first store at Thavhani Mall. This corporate store will enjoy a prime position at the mall, between the new KFC and kids’ entertainment venue Hard Hats. Together, these three brands will create a vibey hub where patrons will also be able to soak up the energy of the location, with external seating to enjoy the beautiful Limpopo climate.

Ever-popular in South Africa and in high demand at Thavhani Mall, its new KFC will be run by local Venda businesspeople who know their market exceptionally well as they already have several stores within the Thohoyandou area.

Paul Gerard, Managing Director of Flanagan & Gerard Property Development and Investment, said: “The shopper response to Thavhani Mall has been phenomenal. We believe it is important to get to know our customers, to really listen to their retail and leisure needs, and to show our local consumers that we understand them by giving them more of what they want. By introducing Rocomamas, Burger King and KFC to Thavhani Mall, we are putting our shoppers first.

Gerard adds the mall will continue to find exciting, productive and enjoyable ways of helping shoppers meet their needs and giving them even more to enjoy at Thavhani Mall.