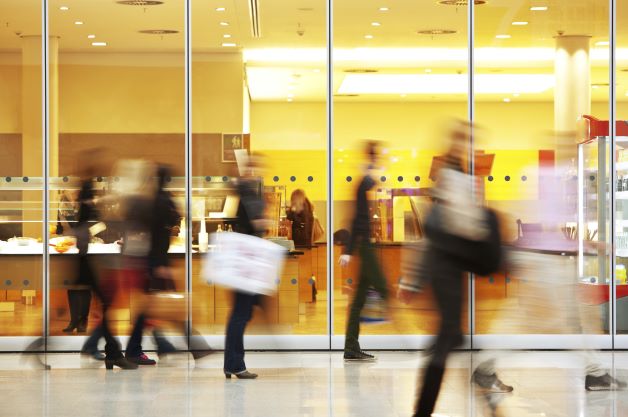 When unrest flared up in KwaZulu-Natal and Gauteng from 9 to 18 July 2021, ultimately resulting in 200 shopping centres being looted and/or damaged, with a R50 billion knock on the national gross domestic product, leading Pan-African professional real-estate services provider Broll Property Group knew it had to act quickly.

While there was little contingency for such an unprecedented event, Broll was able to draw upon a similar experience in Nigeria in September 2019 to best inform the local response. “There was no doubt that it was a major disruption,” comments COO: Property Management Nkuli Bogopa. “We simply had to react at the moment and begin to respond immediately in a solutions-based manner.”

Broll Property Group’s Risk & Compliance division estimated that the unrest would begin to stabilise after two days and fatigue set in among participants after about a week, at which point the looting and vandalism would begin to taper off. This was roughly what did indeed transpire. “In those first few days, our main focus was to stick it out until the situation began to stabilise. Hence, we could not press forward with any planned action until that turning point had been reached,” stresses Bogopa.

Meanwhile, Broll was monitoring the situation closely in order to begin the critical task of calculating the total extent of the damage. The first tentative clean-up campaigns were underway as soon as that Wednesday, with landlords in the worst-affected retail nodes determined to be up and running in one form or another by the weekend. However, the situation remained highly volatile.

Collaboration and coordination between all stakeholders was vital at this stage. “We had to regroup rapidly and compile a full list of assets that had been affected nationwide, drilling down to the level of province and towns. This information had to be consolidated and communicated to all landlords to keep them apprised of events as they unfolded. Here our key service providers played a vital role. What they managed to do was keep us informed about what was happening directly on the ground,” highlights Bogopa.

“Our thinking in terms of strategy then began to evolve to the point that, where we knew a shopping centre had been a target, how many tenants were affected? In terms of the extent of the damage, and the leases coming up for renewal later on in the year, would these tenants be able to be trading normally again at such a time?” Here Broll took the lead in gathering the information necessary for all cases of vandalism and looting to be reported to the South African Police Service for case dockets to be opened for insurance purposes.

“We also started to compile a list of uninsured tenants, as it was mainly the line shops that were the worst hit in terms of their ultimate capability to bounce back from this, as opposed to the more resilient national retail chains,” notes Bogopa. In her capacity as Vice-President of the Black Business Council, she began engaging with broader industry stakeholders and social partners. Input from business was presented on the National Economic Development and Labour Council (Nedlac) platform, which then informed the response from government with regard to the relief packages for affected businesses.

Barely two months after the eruption of the initial unrest, and Bogopa is able to reflect on the huge strides that Broll has made in its mopping-up operations, as well as its future plans. “We are now proactively renegotiating leases and attempting to secure extended terms, for example. What we have found is that landlords have shown considerable leniency, and effectively stated that they will take charge of the rebuild efforts to get their tenants trading normally again. Obviously, these discussions vary from one shopping centre to another, but generally there has been a strong sense of resolution and commitment to speed up the recovery process as quickly as possible.”

Bogopa pays tribute to everyone involved in the process to date, from the tenants and landlords to key service providers. “There was a very real possibility that investors and developers would not commit to rebuilding. That was a scary moment. However, we quickly realised that the private and public sectors had to work together, which gave impetus to movements such as RebuildSA. It was refreshing to see this gain momentum, even through all that had transpired.”

She concludes: “What we want to see moving forward is increased cooperation with and integration between assets and communities. Yes, a shopping centre has to have passive security measures in the form of CCTV cameras and armed response, but what is more important is to guarantee the buy-in of the surrounding community. They must see the asset as an extension of their own livelihoods, which means they are ultimately the first line of defence in standing up to protect their neighbourhoods. We saw this happening in parts of Soweto, for example. Ultimately, we want our assets to be both sustainable, viable and inextricably interconnected with the local communities that they serve. That is a future I look forward to, and one I hope we can achieve together.”

Despite these challenges, Broll remains committed to future-focused thinking in order to unlock new solutions, opportunities and partnerships. Its strategy is to ‘strengthen its core’ to promote innovation and growth. A leading provider of end-to-end real estate solutions provider, Broll’s ongoing mission is to leverage its industry-leading, patented technology platforms to enhance asset values in a sustainable real estate market.