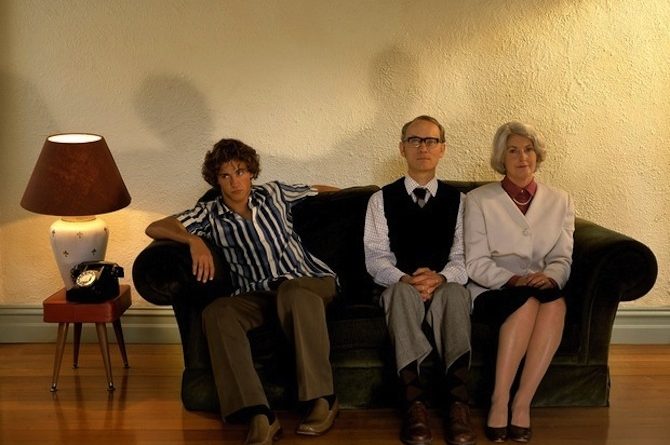 A South African survey has revealed the realities of today’s local property buyer, and what is most important to them when it comes to where – and how – they choose to live.

When conceptualising its latest development SIX ON N, urban property development firm Blok conducted a survey among almost 1500 respondents, in order to determine what factors were driving the purchasing decisions of would-be property buyers. Says Jacques van Embden, Managing Director at Blok, “A vital step in our planning process is to ascertain directly from buyers what is most important to them when it comes to choosing a property.

“This takes the ‘guesswork’ out of development, and ensures that we are designing a product that meets the real needs of the modern consumer.”

The survey saw a total of 1470 respondents, the majority of whom were based in the Western Cape (55%), followed by Gauteng (29%) and KwaZulu-Natal (12%). Thirty-four percent of respondents fell within the 26 – 30 years category, followed by the 30 – 36 age bracket, revealing a largely millennial audience. “This is not surprising, offers van Embden, “when you consider that Gen Y-ers make up 27% of the South African population, translating into a buying power of around 14 million people.”

Living with the folks

Of those surveyed, only 20% owned the property where they lived; 26% indicated that they rented together with friends or a partner; while the largest group (35%) still lived at home with their parents or caregiver. This is of particular interest, notes van Embden, when you consider that the vast majority of respondents who lived at home were between the ages of 26 – 36, while 13% were over the age of 40.

“This may be a result of the economic landscape, and the financial pressure faced by today’s consumer – they’re living at home for longer periods of time, as they simply cannot afford to live independently.”

However, it may also be indicative of a more transient lifestyle. “We know that consumers are getting married and having children far later in life than previous generations. The pattern of living at home for longer is congruent with this trend towards wanting more freedom and fewer financial ties.

“We expect to see more agile products enter the market, in response to this desire for increased flexibility and affordability.”

What they want vs what they can afford

When it came to the size of property, the survey revealed consumers to be uncertain of what their income could get them. The largest group of respondents (57%) earned a gross monthly salary of between R15,000 – R20,000, yet almost half of respondents sought a two-bedroom property, as opposed to a studio or one-bedroom apartment.

However, conversely, when it came to their maximum price threshold, respondents were under no illusions as to what they could afford, with 581 of the 1470 participants stating that they could only afford a property that was R500,000 or less. “This demonstrates an understanding of how a bond works, but possibly a misconception around what your money can realistically buy,” explains van Embden.

Yet, when it comes to what is most important to buyers when choosing a property, size was, in fact, revealed to be of least importance, with ‘location’ cited as the most critical deciding factor, and ‘price’ being the second most important consideration.

Almost half (47%) of respondents admitted that they would rather downscale in apartment size, if it meant an improved quality of life. “Buyers are eschewing an ‘up-and-coming’ neighbourhood in favour of one that has consistently demonstrated a return on investment, or enriches their day-to-day routine.

“They’re trading having less private space, in favour of living in a better area,” he says.

Who needs the movies, when we have a pool?!

When it comes to amenities, what was shown to be most in demand? “A fitness studio, shares van Embden, “which is in line with the prioritisation of ‘quality of life’; however, this could, in part, also be based on affordability, as monthly gym subscriptions tend to be pricey.

“The second most desirable amenity cited was ‘a roof deck with pool’ – which points to a continued desire to connect with others; even in this time of social distancing,” explains van Embden.

And least important amenity? “A movie theatre, laughs van Embden, “not surprising in this age of Netflix!”

Blok’s latest development, SIX ON N, was developed in response to this paradigm shift, which sees buyers increasingly prioritising their lifestyles, while enjoying the benefits of shared spaces and the convenience of a serviced offering.

SIX ON N’s homes are cleverly designed to make full use of the space, resulting in a product that feels significantly larger than its physical footprint might suggest, meaning that “one can pack more living into a smaller space,” explains van Embden.

In addition to a deli/grocer on the ground floor, SIX ON N will also offer shared leisure spaces, such as a rooftop pool and dining room.

“We have also ensured that each unit, irrespective of its size, has a dedicated workstation to enable work from home. The development also offers two boardrooms that residents can reserve for meetings, says van Embden.

“At Blok, we constantly strive to better understand our market – their needs, preferences, dreams and aspirations – so that we can create apartments that are designed around a lifestyle our buyer aspires to, while showcasing our passion for community through an investment that continues to offer long-term value and security.”