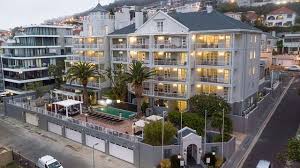 Cape Town, 6 April 2020 – With a national lockdown in place to try to slow the spread of the Covid-19 virus, March 2020 will go down in South African tourism history books as the month in which the local industry came to a grinding halt. And with ratings agency Moody’s having downgraded the country’s sovereign credit rating to junk status, the already floundering economy compounded restrictions even further, on both corporate travel budgets and domestic travel consumption.

“Concern in the industry right now is at what stage international travel will resume and under what restrictions,” says Wayne Troughton, managing director of HTI Consulting, a development consultant for the hospitality sector across Africa and the Middle East. He posits a possible timeline of anything between one and two years for the industry to reach pre-Covid-19 levels. “Because the virus has impacted almost all countries in the world, at different levels and in different timeframes, the question is will markets and countries wait until the threat of the virus has been eliminated entirely? We hope that travel will start before this time in a controlled manner, with a ramp up to being fully operational to all markets and countries.”

Travellers battered by the pandemic, recession or slow economic growth will want either a cheaper price or more value-add, says Troughton. “It’s becoming clear to us that value-driven products, especially in the accommodation sector, like aparthotels or traditional hotels offering far more amenities over and above their core offering for the price of a room, will be better positioned to meet these travellers’ needs.” “Aparthotels” are full sectional-title apartment blocks that operate as serviced luxury hotels, combining the daily amenities of traditional hotel accommodation with the space, flexibility and self-catering convenience of furnished apartments.

Figures in late 2019 highlighted that five-star-hotel occupancy, where most aparthotel operators, such as Totalstay, are positioned, had increased by 4% over the previous year, while the average daily rate (ADR, the average realised room rental per day) had grown by 2,6%. The four-star sector’s occupancy, despite new hotel entrants, had also increased, by 1,6% and with a 2,2% increase in ADR.

Launched in 2015, Totalstay, one of three major South African aparthotel-focused operators, manages a collection of handpicked luxurious aparthotels. Rael Phillips, co-founder and CEO of Totalstay, says the company enjoyed exponential growth over the five years leading up to the Covid-19 lockdown. “Large property developers, like Berman Brothers, Elemental and S12J fund managers 12Cape, have either mandated us to turn existing developments into aparthotels or brought us on at the onset to consult on a purpose-built property that will operate as an aparthotel.”

Operated under a management agreement with the block, owner or developer, Totalstay offers a full turnkey service including marketing, reservations, revenue management, on-site staffing, housekeeping and laundry services. All Totalstay properties offer 24-hour concierge, full kitchens, free WIFI and hotel-grade amenities. In some instances, depending on the property’s facilities, Totalstay also offers on-site food and beverage and room service. Fitness centres and/or swimming pools are available at some of the properties.

Average occupancy for summer at Latitude and Strand Beach in Sea Point averaged over 80%, with more than 50% of guests coming from South Africa, followed by a mix of international trade from Australia, the United States and the United Kingdom. For the year to the end of February, the bulk of guests still came from the local market, sitting at 55% for South Africa, followed by the UK and other Western European countries. “Figures clearly suggest that the aparthotel offering is supremely popular with South Africans – domestic travellers who don’t have the financial wherewithal to afford more expensive options or who just demand more value for their spend,” says Phillips.

However, Troughton believes that South Africans are largely unaware of the attractiveness of the aparthotel option, partly because this kind of accommodation offering has previously been managed on an ad-hoc basis. “But now we have a professionally managed, new supply of brand-focused, quality and value-driven entrants, really beginning to make a difference, and with that, awareness will increase,” he says.

Troughton believes that the way in which Covid-19 has constrained travel spend will present new, exciting opportunities. “For hotel investors, it presents an opportunity for possible conversions into other real-estate assets like aparthotels. The benefit of aparthotels is that they represent a quick, more risk-averse exit strategy than conventional hotels, as they can easily be sold off on a sectional-title basis as micro apartments or co-living apartments.”

Phillips cites as an example of the investment opportunities offered by aparthotel or luxury-suites schemes, Elements Luxury Suites, 12 luxurious sea-facing two-bedroom apartments in Upper Sea Point. Totalstay began operating it in 2018, and property investors took an interest almost immediately, buying into the development and then leasing their apartments back to Totalstay as part of the pool. “Once we had the figures to suggest demand for this type of accommodation, property investors saw the yield and returns, and it was then a no-brainer for them,” Phillips says.

Simon Bridges, developer and MD for Elemental, adds, “As a developer one is exposed to the risk of holding unsold stock, so furnishing unsold units and bringing in an aparthotel operator helped us mitigate this risk by generating rental income. We achieved 45% of our sectional-title sales target after the development began operating as an aparthotel – it was and is one of our strongest marketing tools.”

Bridges cites an additional appeal, and one that all South Africans can look forward to when the Covid-19 lockdown is lifted. “Operating the building as an aparthotel brought life into it, with guests, happenings and foot traffic moving through on a daily basis. This just added to the marketability and appeal of the building, which became the wow factor when interested buyers were actually there, seeing things for themselves.”