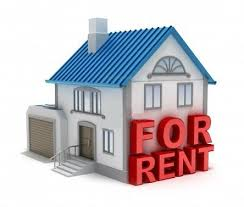 The Constitutional Court ruling has dismissed with costs an application for leave to appeal by rental market developer – Xantha Properties 18 (Pty) Ltd (“Xantha”) – against a Supreme Court of Appeal ruling which declared that homes that are being built for leasing and rental purposes must be enrolled with the NHBRC.

The Constitutional Court order was granted on the 18th of September 2019.

“We welcome this ruling as it once again vindicates the NHBRC mandate against developers and builders who don’t adhere to building standards and the law. Also, this matter had huge implications for housing consumers who rely on the rental market to access a home, as it meant that home builders who built for this market were not required to abide with the law that governs the home building industry,” said NHBRC Acting CEO Otsile Maseng.

According to the Housing Consumers Protection Measures Act 95 of 1998 (HCPMA) all new homes must be enrolled with the NHBRC 15 days prior to construction. Home enrolment insures consumers against poor building practises and permits the NHBRC to conduct building inspections at key stages of construction.

A newly enrolled home can be subject to a minimum of four and a maximum of eight inspections (this depends on the enrolment value of the home as well as the complexity of the construction).

This Constitutional Court judgement arises from an appeal case whereby Xantha applied for an order declaring that they are not required to enrol homes, which are constructed solely for purposes of leasing or renting out and would not be sold to third parties, alternatively that the requirement for such homes to be enrolled in terms of the Act should be declared unconstitutional, unlawful and invalid.

In May 2019, the SCA declared that home builders constructing homes for rental or leasing purposes are obliged to enrol the homes with the NHBRC. The SCA also rejected Xantha’s argument that certain provisions of the Act be declared unconstitutional, unlawful and invalid.

This matter started in 2017, when Xantha approached the NHBRC and contended that 223 homes which they were constructing in Wynberg, Cape Town, for rental or leasing purposes, need not be enrolled with the NHBRC as Xantha did not intend to sell the homes to third parties. The NHBRC did not agree with Xantha and informed them that all homes which are constructed for leasing or rental purposes must be enrolled in terms of the Act.

Subsequently, Xantha enrolled the homes under protest and brought a High Court application seeking a declaration that Xantha is not required to enrol the homes, alternatively, challenging the constitutionality of the relevant provisions of the Act, if the Court agreed with the interpretation that Xantha is obliged to enrol the homes. The Western Cape High Court ruled in favour of Xantha but its Judgment was overturned in favour of the NHBRC at the SCA, which led to Xantha approaching the Constitutional Court for leave to appeal the SCA Judgment.

The Constitutional Court’s dismissal of Xantha’s application for Leave to Appeal means that all home builders who intends to construct homes solely for purposes of leasing or renting out are obliged to enrol the homes as per the Act, regardless of whether or not they intend to sell the homes in future. The NHBRC must continue to enforce the Act in this regard.

“We vigorously pursued this case as the prospects of Xantha’s success would have the effect of undermining the objects of the Act or its effectiveness to regulate the home building industry and to protect housing consumers,” said Maseng.