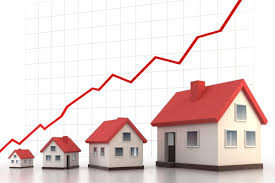 “Encouragingly, Eazi’s confirmed sales in July and August 2019 were up 141% over the same period last year while August was 146% up on average monthly sales for 2019 to date.

“Currently, our average sales price is just over R1.8 million, which confirms that the convenient, user-friendly fixed-fee offering has been well accepted by the marketplace, especially as we are seeing 95% of our offers being accepted by sellers,” says Day.

“In addition, while our quickest time to sell has been one day, we recently sold a three-bedroom house in Kensington, Cape Town in just 10 days for the full asking price of R1 499 999.

“The positive uptick we are seeing in residential property market activity is echoed by FNB, which reports that indicators point to a narrowing demand-supply gap, driven by both a mild improvement in demand and properties entering the market at a slower pace.

“This is coupled with somewhat improved market sentiment as well as value-for-money opportunities for buyers, and increased competition among mortgage lenders – together with a stable, relatively low interest rate.”

FNB reports that transaction volumes, estimated using Deeds registry data, have improved by 0.9% in Q2 in 2019. The price band from R700 000 to R1.8 million was the best performing segment, with volumes increasing by 5% year on year, followed by the price band between R1.8 million and R3.5 million, which reflected growth of 2.4% over the same period.

Adds Day: “Today’s home buyers are increasingly tech-savvy, as borne out by our website statistics, which reflected 129% more page views as well as 129% more buyer leads in August compared to the monthly average for the year to date.

“As the fixed-fee method of selling homes becomes entrenched in the marketplace, we anticipate further growth in sales activity.”