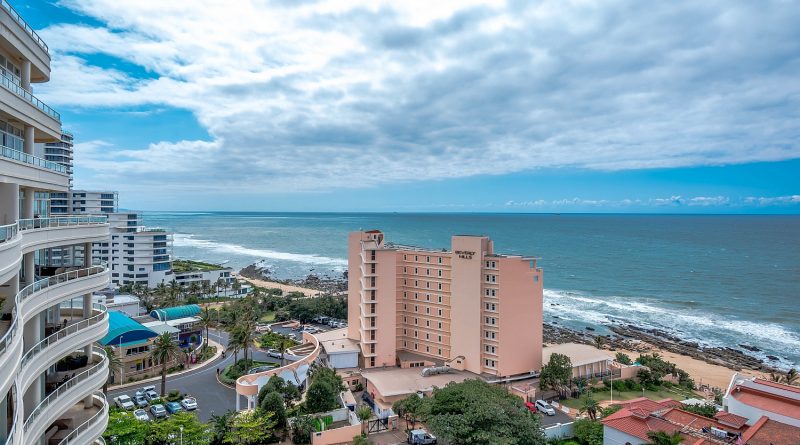 A fervent desire to reduce both monthly costs and traffic-congested travel times while residing in conveniently situated nodes has given rise to the ongoing success of the live-work-play lifestyle in South Africa. Perhaps nowhere is this more evident than in the three comparable key hubs of Rosebank in Johannesburg, Cape Town’s central city and uMhlanga, a northern suburb of Durban.

As Dr Andrew Golding, chief executive of the Pam Golding Property group points out: “Although perhaps not so obvious at first glance, these three prime locations have a great deal in common – excellent infrastructure, centrality, convenience and significant investor confidence – with a proliferation and indeed, dominance of sectional title developments.

“All of which attracts a bevy of developers, investors, home buyers and renters with the latter including the career-minded and trendy, or those who simply seek a convenient and strategically located base from which to enjoy their ultimate lifestyle.”

Says Sandra Gordon, Pam Golding Properties senior research analyst: “For the purposes of exploring the attributes of these comparable nodes, and using Lightstone statistics, we looked at the areas of uMhlanga Rocks and uMhlanga New Town Centre on the KwaZulu-Natal North Coast – with 4 454 and 3 115 residential units respectively, Cape Town central city with 2 987 units, and Rosebank in Johannesburg with 774 units. (See attached table)

“As uMhlanga Rocks is substantially larger than the other areas, it has a slightly lower percentage of sectional title, uMhlanga New Town Centre and Cape Town central city are similar in size, while Rosebank is considerably smaller.”

All three areas reflected fairly similar median prices in 2009 – ranging between R900 000 and R2.2 million (see attached table) and increasing to between R1.4 million and R3 million in 2019. Interestingly, uMhlanga New Town Centre has registered the lowest median price to date this year (to July 2019), but has achieved the strongest growth in prices over the past five years (66.7%), while over a 10-year period, Rosebank has shown the strongest growth (141.8%).

And while median prices in uMhlanga Rocks have enjoyed a premium of about R1 million compared to the other three areas over the entire 10-year period, it has, however, registered lower growth than Rosebank and Cape Town central city over the past five and 10 years.

Says Gordon: “Capitalising on the relocation of the airport to the North Coast and on the back of the phenomenal growth experienced in this region, uMhlanga Rocks and uMhlanga New Town Centre have registered the strongest sales in recent years. This is not surprising as this area incorporates a new node with the most growth potential, with new developments coming onto the market as it has become established as a new business and residential hub on KwaZulu-Natal’s burgeoning North Coast.

“Equally positive is the fact that there is a large percentage of new homeowners in all three areas of uMhlanga New Town Centre, Rosebank and Cape Town central city, which is probably largely attributable to a flurry of new developments coming onto the market as people increasingly opt for the convenience and appeal of a live-work-play lifestyle, particularly in these well-positioned hubs.”

Commenting on the uMhlanga areas, area principal Gareth Bailey says the Gateway area within uMhlanga New Town Centre and the uMhlanga area in general has experienced considerable development, with major drawcards its desirable lifestyle with access to prime office space, retail, beaches, a world-class promenade, private/public management of open spaces – including security, and overall highly appealing aesthetics. This is underpinned by more hospitals, schools and roads being built.

Says Bailey: “As a result, apart from locals within the province, the area attracts about 60% inland and upcountry home buyers from the likes of Gauteng, Mpumalanga and Free State, comprising a mix of buy-to-let investors, those purchasing in order to enjoy an ultimate retirement destination, or buying as a primary residence. Families tend to be interested in larger apartments and freestanding homes.”

Gordon says given the high percentage of sectional title units in all three areas, it’s interesting to compare the prices of apartments. According to Lightstone, over the 12 months from September 2018 to August 2019 (inclusive), prices fetched catered for a broad range of buyers in all price bands, ranging mainly from R600 000 to R3 million and beyond, but with the bulk of sales in the price bracket from around R1 million to R3 million. The exception to this is in uMhlanga Rocks, where the bulk of sales were in the price segment above R3 million, while Cape Town central city also reflected a substantial number of sales in this upper price band.

In Cape Town, according to the Cape Town Central City Improvement District’s (CCID) State of Cape Town Central City Report (2018), property valued at a conservatively estimated R13.581 billion is either under construction or due to begin construction by 2020. Many of the developments that have come on-line in recent years offer mixed-use accommodation, in keeping with the live-work-play trend which has gained such traction. According to the above report, most of the central city residents live within 5km of their work, while enjoying the cosmopolitan vibe and plethora of attractions and activities in what is increasingly becoming a 24/7 urban hub abuzz with restaurants, night spots and retail and in easy reach of the V&A Waterfront, Table Mountain and pristine beaches.

Says Basil Moraitis, Pam Golding Properties area manager in Cape Town City Bowl: “Co-working spaces are popping up all over the central city, enabling residents to enjoy a collaborative office environment close to home. This makes living in this hub popular among entrepreneurs and freelancers, as well as home to start-up companies. Positively, according to the CCID’s State of Cape Town Central City Report, Cape Town is a tech hub, providing 40 000 jobs in this sector and is known as a creative mecca, attracting artists and global film companies. And while Curro has opened a school on the Foreshore, especially catering for the children of parents working the central city, with at least 84 educational institutions in this locale, there is a growing need for affordable student accommodation.

“A proliferation of sectional title units, many of which are in mixed-use developments that also offer retail, is in line with the growing popularity of lock-up-and-go living. With many of these being new developments, they do not require transfer fees, making them appealing to first-time buyers, while micro apartments, at 20-30% smaller than a studio apartment, require little maintenance, with cost-effective levies, and create more affordable spaces in the heart of the city,” says Moraitis. The CCID’s report shows that 42% of sectional title property buyers are between the ages of 36 and 49 years, suggesting that many may be professionals who may not have yet started a family, or out-of-towners investing in a city apartment to use when in Cape Town. Of residents questioned by the CCID about their reason for living in the city centre, 63% said they wanted to live close to their workplace.

Conveniently located close to major roads and highways, with shops, numerous eateries, schools, hotels, art galleries and offices, Rosebank in Johannesburg has changed significantly in recent years with a number of new developments and redevelopments taking place, spurred on by the Gautrain Station which has made commuting a great deal easier.

Says Kayte Denham, Pam Golding Properties area specialist in Rosebank: “Today Rosebank is a vibrant, trendy mix, incorporating both old and newly built apartment buildings, with old commercial buildings converted to chic, modern apartments which compete for existing older stock for space and value. Although the old apartments are much more affordable compared to the new builds, they don’t have the luxury finishes and amenities that new developments offer.

“The Rosebank skyline continues to be characterised by cranes as developments are ongoing. This is all within a well-planned and integrated urban framework to include green belts, pedestrian walkways and potential cycle routes. Importantly, Rosebank retains a particularly South African vibe and appeals to younger buyers and tenants looking for the live-work-play lifestyle.”

Unlike Sandton CBD, Rosebank has more residential properties as well as improved options for lifestyle, while Sandton has an emphasis on corporate business and retail, with a smaller percentage of residential coming onto the market. In fact, Rosebank is set to almost double the number of sectional title properties when all its new developments come to market, even though it remains less than half the size of Cape Town’s central city and uMhlanga New Town Centre.

Adds Peet Strauss, Johannesburg development sales manager for Pam Golding Properties: “New developments start from R2 million for one-bedroom apartments and prices can be as high as R55 000 per square metre for luxury developments with a rooftop swimming pool, gym and other amenities in a building such as Park Central. The larger units in a development such as this are mostly purchased by those downscaling, who want to enjoy the convenience of apartment living in an appealing, central location and the hassle-free nature of not maintaining a large family home – but still with the benefit of a spacious entertainment area. Apart from balconies and views overlooking the park, some of these units even include sky gardens.”

Strauss says the larger units with a higher price tag are predominantly acquired by the over-40 age group to live in, and also mature couples whose children have left home. Investors range from young professionals keen to build their property portfolios to seasoned investors adding to their current portfolios. There are also single buyers purchasing one-bedroom units, often with parents helping raise the deposit. Apart from South Africans, buyers in Park Central hail from as far afield as Hong Kong, Dubai, The Netherlands, UK and neighbouring African countries.