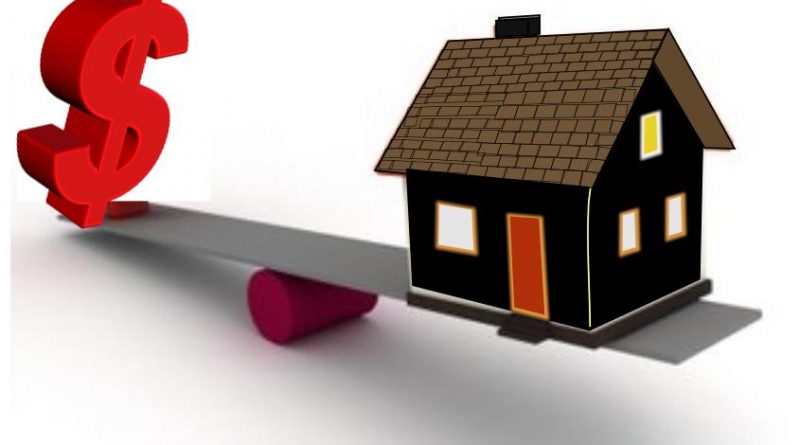 The Value of New Mortgage Loans Granted compared to the previous quarter, the rate moving strongly into negative territory.

This increasingly suggests that the mortgage market ended 2018 and started 2019 on a very weak footing.

The December 2018 SARB (Reserve Bank) Quarterly Bulletin showed the value of new mortgage loans granted (Residential, Commercial and Farms) to have declined at a year-on-year rate of -15.91% in the 3rd quarter of 2018, down from the +6.08% positive rate registered in the previous quarter.

With New Mortgage Lending often being a more “leading” part of the economy, we see that its cyclical turning points are traditionally more in line, timing-wise, with the SARB Leading Business Cycle Indicator.

This Leading Indicator had seen its “mini-recovery” in  year-on-year growth peak at 6.55% as at the start of 2017, where-after it has broadly slowed to 2.05% by the 3rd quarter-to-date of 2018, thereby arguably “predicting” that we were due for slower new mortgage lending growth after that mildly improved period in late-2017/early-2018.

In short, the key SARB Leading Business Cycle Indicator, and indeed weaker economic growth in 2018 compared to 2017, suggested that we had been due for slower growth in new mortgage lending last year, and ultimately this became the case as the year progessed.

However, the 2nd major sub-sector, i.e. the Commercial Mortgage Loans Segment, appears to have become the greatest “growth drag” in the Mortgage Lending Sector, its year-on-year growth having subsided markedly further from a positive +3.17% year-on-year in the 2nd quarter of 2018 to a sharp negative -32.02%.

MORTGAGES BY APPLICATION ALL SHOWED DECLINE

Viewing New Mortgage Loans Granted “By Application”, i.e. on Existing Buildings vs Vacant Land vs for New Construction, we have seen recent slowdowns in all 3 applications.

Growth in Mortgage Loans Granted for Vacant Land found itself declining by -11.4% year-on-year in the 3rd quarter. This category’s move into decline is probably one indication of a scaling back in the level of new building activity planned in the near term, reflective of a lack of demand growth for new space in a low growth economy, and rising vacancy rates in existing space.

Also supporting our expectation that 2019 will be a very weak year for building space completions was a sharp year-on-year decline in the value of new mortgages granted for construction purposes, to the tune of -28.12%. By comparison, the decline in new mortgage loans granted for existing buildings was a lesser -14.38%. In times of economic weakness, it is often the Vacant Land and Building Construction Sectors that are more pressured than the Mortgage Segment for Existing Buildings, so we would expect the former 2 segments to perform more poorly than the latter segment in 2019.

New Mortgage Loans Paid Out also saw a 3rd quarter growth de-celeration, from a positive +4.38% year-on-year rate in the 2nd quarter to a negative -7.25% in the 3rd quarter, beginning to follow the trend in new loans granted..

The trend in the Value of Capital Repayments, which would be driven significantly by loan settlement upon sale of a property, was also in the doldrums, with only slightly positive growth of +1.49% in the 3rd quarter.

After something of a “mini-recovery” in new mortgage loans granted through 2017 to early-2018, more recently there has been a slowdown, to a negative rate by the 3rd quarter of 2018.

The Commercial Mortgage Sector was more of a drag on the overall Mortgage Market than the Residential Sector, although Residential also turned mildly negative in the 3rd quarter.

By Application, new mortgage growth for Construction of Buildings was the weakest.

Looking into 2019, the decline as at the 3rd quarter of 2018 suggests that 2019 is likely starting off a low base, the weakness in new mortgage lending late last year reflecting what appears to have been a weaker economic growth year in 2018 compared to 2017.

Can we see some new lending growth improvement? Possibly later in the year, given that the base of which growth will comes at the end of 2018 looks to have been very low.

But any year-on-year growth strengthening is expected to be mild, constrained by expectation of only limited real economic growth improvement from an estimated 0.7% in 2018 to 1.4% in 2019, growth that remains weak and not likely to meaningfully increase the demand for space. In addition, 2019 starts with weak business and consumer sentiment, concerns over future policy direction abundant and likely to persist until at least after the 2019 elections, and of course we go into 2019 having just had the 1st interest rate hike in the current cycle late in November last year.