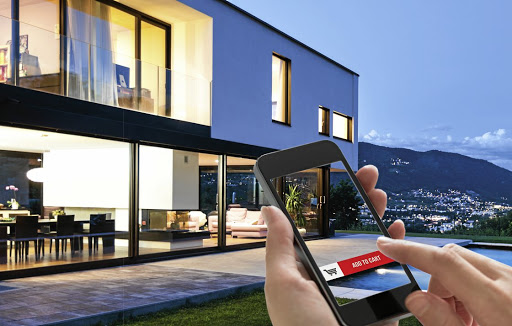 FNB’s recent launch of an app that allows its customers to trade their homes privately among themselves at no cost couldn’t have come at a worse time for real estate agents. The livelihood of SA’s estimated 40,000 estate agents has come increasingly under threat in the past few years, with the entry of a number of digital disrupters challenging the way in which South Africans have traditionally bought and sold property.

New online listing platforms such as Leadhome, PropertyFox and HomeBid offer a cheaper alternative to the average commission of about 7% of the sales price (plus VAT) that sellers typically have to pay estate agents to market and sell their homes. Most new entrants charge commission of only 1.5% (plus VAT) or a flat fee of between R35,000 and R40,000 — payable once a sale is concluded.

Leadhome, for instance, claims that its fee structure means a seller of a R1.5m home will save nearly R75,000 in agent’s fees.

The biggest difference between the business models of traditional agents and online operators is that the latter aren’t involved in property viewings and price negotiations. (Most do offer buyers and sellers support to facilitate the sales and transfer process.)

But estate agents haven’t only had to contend with new competition. Their income has also been eroded by falling transaction volumes: the number of housing sales concluded in the year to date in SA is down about 30% from 2014/2015 peaks. So it’s not surprising that estate agents are less than enamoured with the advent of yet another digital platform — FNB’s nav» Home app — which is bound to further cut into the industry’s market share.

Estate agents have accused FNB of effectively entering the housing sector as a private broker with the aim of undercutting their business. But FNB Home Finance CEO Lee Mhlongo denies that this was the bank’s intention. He says the idea was never to compete with estate agents or exclude them from the nav» platform. “Our key aim is to offer greater choice, convenience and efficiencies to FNB customers,” he says.

Mhlongo emphasises that estate agents are encouraged to list their businesses on the app at no cost. “It is then up to an FNB customer to decide whether they want to use an intermediary to sell their home or go it alone,” he says.

The app also offers support services to buyers and sellers alike, such as offer-to-purchase documents and discounted bond registration fees through a selected panel of attorneys.

Mhlongo concedes that the app is likely to take some business away from estate agents, given the size of FNB’s customer base. The bank has nearly 8-million customers and a 25% market share of SA’s R944bn home-loan industry, according to Reserve Bank figures. But he expects most FNB buyers and sellers will still use an estate agent to guide them through what can be a complicated process. “Technology will never replace the human touch entirely. As such, estate agents remain critical role players in the market,” he says.

No-one can afford to cling to the old way of doing things while technological advances are happening so rapidly
Andrew Golding
Mhlongo nevertheless supports the widely held view that property transaction costs in SA are exorbitant, with all-in costs (estate agents’ commission, transfer duties and bond registration fees, for example) amounting to an estimated 15%-20% of the sales price for properties priced above R1m.

“That’s almost obscene compared with the fees incurred when investing in other asset classes,” he says.

Transaction costs are even higher, percentage-wise, for lower-priced properties. This, Mhlongo argues, is one of the reasons home ownership remains out of reach for the less affluent. “So our platform could be especially helpful to lower the entry barriers for low-income customers, given how prohibitive current transaction costs can be.”

Industry players say it is too early to accurately predict what percentage of the housing market digital platforms are ultimately likely to capture. However, traditional estate agency Pam Golding Properties (PGP) has decided to face new competition head-on. In a bold move in August, Andrew Golding — a medical doctor who took over as MD of the family business in 1996, succeeding his mother, founder Pam Golding — announced the acquisition of fixed-fee online platform Eazi.com.

PGP is the first of the major traditional players to incorporate fully fledged online platforms into its business model. It’s a move that has been criticised by some of its competitors, which believe PGP’s digital leap supports the phasing-out of estate agents.

Yael Geffen, CEO of Lew Geffen Sotheby’s International Realty, says getting rid of the middle man may lead to a short-term cost saving for buyers and sellers but, ultimately, it is not in the best interest of consumers. She admits that ongoing technological advances will undoubtedly transform the local industry and the way in which homes are bought and sold. But she argues that estate agents still have a crucial role to play.

“Buying property is a complex transaction, and phasing out estate agents means consumers don’t have access to a skilled and experienced professional who will help them get the best price for their home.

“Letting a buyer and seller get together to determine their own price and conditions is like expecting a husband and wife to finalise their divorce without a mediator,” she says.

Though fixed-fee and low-commission agencies employ agents to support buyers and sellers when needed, Geffen says one has to question the calibre of agents these companies attract. “It wouldn’t make financial sense for a skilled agent to work even harder for far less return,” she says.

Seeff national marketing manager Ted Frazer holds a similar view. He says online agencies are bound to appeal to a certain segment of the market, but there will always be a need for an experienced adviser to facilitate the process “given how complex the home-buying transaction is and the significance of the financial commitment of buying a house”.

However, in much the same way as traditional travel agents had to repackage themselves and elevate their value proposition when online platforms entered that industry, Seeff is looking to adopt tech innovations that can equip its agents to provide a better real estate service to its clients. “Traditional companies will have to re-examine the way in which they operate and engage with customers. And those companies that don’t adapt to this changing paradigm will not survive in the long term,” Frazer says.

Golding is more frank. He believes thousands of traditional estate agents will be squeezed out of the market in the next few years. In fact, he says, the number of agents could potentially halve by 2023 — “not only because of digital transformation. There are also too many mediocre agents in the market who will no longer be able to justify their commission rates in an environment where sellers are looking for greater efficiencies.”

WHAT IT MEANS
Thousands of estate agents could be squeezed out of the market, due to digital competition and more discerning consumers

Golding says the industry will have to start catering for the needs of different segments of the market. “Estate agents haven’t done particularly well in providing enough choice to consumers. Until now, we have tended to offer a vanilla service to everyone.”

He believes a hybrid model is the best way to go: a tech-enabled process and digital platform that also offers the services of an experienced agent if needed. “There are no doubt tech-savvy people who want to use a self-help digital platform to buy and sell a house, but most sellers and buyers, especially at the R1.5m-plus market, will probably go for the hybrid model that still provides access to a warm body,” says Golding.

Meanwhile, anecdotal evidence suggests that less than 3% of all housing transactions in SA are currently concluded via online platforms. It’s too early to tell how that will develop, but one thing seems clear: traditional estate agencies that don’t adopt new business models will fall by the wayside.

As Golding says: “No-one can afford to cling to the old way of doing things while technological advances are happening so rapidly.”

It took Joburg advertising executive Lorimer Wilmot only about three weeks to list and sell his apartment in Parkwood through Leadhome — at full asking price.

Wilmot says the whole process was super-easy. “Leadhome sent a photographer to our flat who took great pics. We told them what our preferred times and days for viewings were, so we didn’t need to waste any weekend time having a traditional show day. That was a big plus for us.”

Wilmot is one of an estimated 2,000 South Africans who have sold their properties through Leadhome since the online flat-fee platform entered the market in 2015.

Though the company will not divulge exactly how many houses it sells a month, marketing manager Wendy Case says it has sold more than R2bn worth of properties since its launch.

Case says 2,410 properties are listed on the Leadhome site at present. Though that represents less than 1% of the total 273,933 residential properties on the market in SA, Leadhome has ambitious growth plans. “We believe we will be a top-10 play by the end of 2019, and among the top three by the end of 2020,” says Case.

Leadhome’s listings are spread across more than 3,000 suburbs in Joburg, Pretoria, Durban, Cape Town and Bloemfontein. Most are priced between R1m and R3m. It takes an average 35 days to clinch a deal through Leadhome from listing to having an offer accepted.

Rival company PropertyFox, co-founded in early 2016 by Cape Town-based techies Crispin Inglis and Ashley James, has about 500 listings on its site, spread among all nine provinces.

Inglis, the CEO, is targeting a market share of 7.5% in the next 2½ years. “PropertyFox is a brand-new concept and business, and so, as expected, market share is still insignificant compared with the established traditional agencies,” he says. “But the business is growing rapidly, with significant increase in interest month on month.”

Inglis claims that one in every four homes listed on PropertyFox sells within 30 days, against a national average of about four months. “We are also typically selling homes within 4% of the listing price,” he says.

BEHIND THE BOOM IN JOB