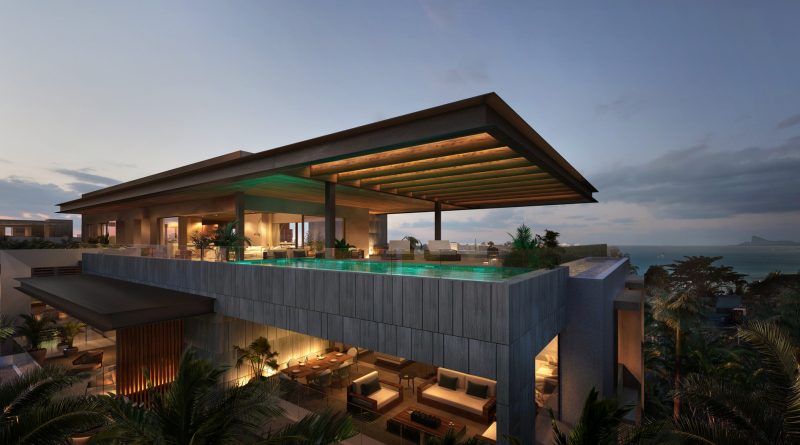 Conveniently accessible via short, direct flights from Johannesburg, Cape Town and Durban, the idyllic tropical island of Mauritius is proving irresistible as a destination of choice for South African property investors seeking to diversify their investment portfolios as well as buyers looking to acquire residency for themselves or their immediate family. 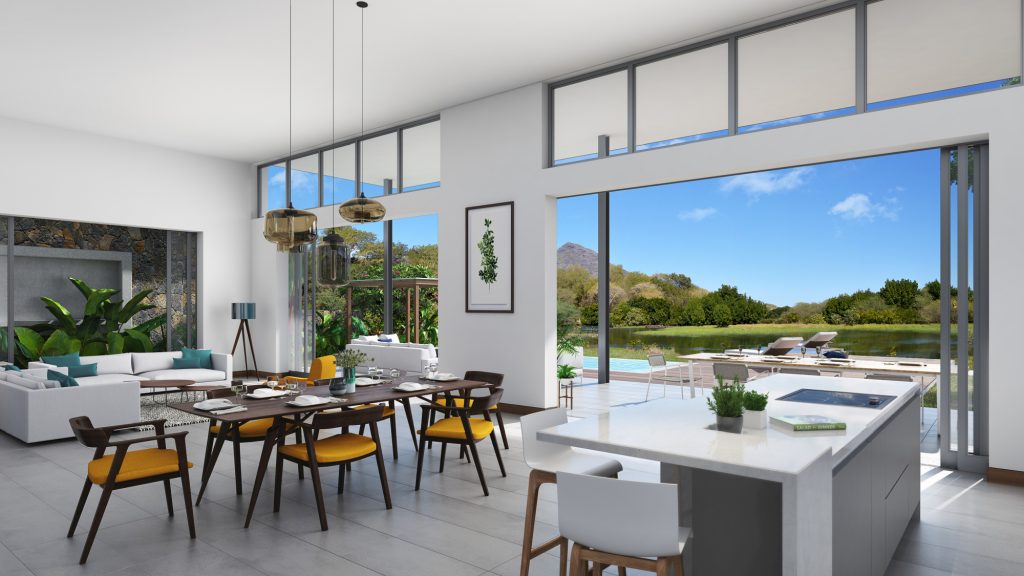 Coupled with this, more and more South Africans are doing business with Mauritius, making it an ideal location to springboard activity elsewhere on the continent, while tax rates for business and individuals are very attractive, at only 15% – with the advantage of no capital gains or inheritance tax. As a result, there’s already a large South African expat community on the island, adding to its appeal and making for an easy transition for those permanently relocating. Mauritius is currently also ranked first in Africa and 20 out of 190 economies for ease of doing business, according to the latest World Bank annual ratings (Doing Business 2019).

“This trend continues to gather momentum with a surge in acquisitions by South Africans over the past few years, and the past 12 months in particular,” says Richard Haller, director for Pam Golding Properties Mauritius.

“Mauritius has certainly come to the fore, offering strong offshore investment opportunities in hard currency, as well as a secure lifestyle, within a burgeoning economy with a stable government, world-class international schools and a growing tourism market. All this with appealing property investments priced from only USD290 000 – plus, with purchases over USD500 000 you acquire permanent residency for you and your family.

“While the bulk of our enquiries are from South Africans and also French buyers, including French expatriates living in Africa, who have a natural synergy with Mauritius, where both English and French is widely spoken, purchasers also emanate from Switzerland, Germany, Belgium and elsewhere in Europe.”

For South Africans, interest continues to be centred around the areas of Grand Baie on the north coast (dubbed the St Tropez of Mauritius) and Black River in Tamarin on the west coast – areas where Pam Golding Properties offices are located – and in the price band from USD300 000 to USD2 million. Both these areas have a developing infrastructure, numerous recreational activities and a sense of community which augurs well for those intending to live permanently on the island – including retirees – or enjoying regular leisure breaks here. There’s also a growing demand for property to rent from young families relocating for career opportunities.

In this vein capital growth on investment is a key drawcard for property buyers, together with sound rental returns. In Grand Baie in the luxurious Mont Choisy Le Parc Golf & Beach Estate, where properties are currently priced from USD880 000, home owners have seen significant capital growth, says Haller.

“For example, we have recently resold a number of villas at prices in the region of USD2 million to USD6 million, which reflects capital growth of 50-60% in just four years. Mont Choisy La Réserve, Phase 3 of this premium estate, which is formally being launched via Pam Golding Properties Mauritius in December 2018, offers a new opportunity to buy into the most sought-after development on the island. Flush with facilities, the estate boasts the 18-hole Peter Matkovich championship golf course and club house, Beach Club and Leisure centre including tennis, action court, yoga, gym and spa.

“We’re also seeing huge returns in Element Bay, a few minutes from Grand Baie, where we’ve just concluded a resale for a two-bedroom penthouse which was acquired for USD370 000 and sold for USD 500 000 three to four years later. This development includes a gym, swimming pool and variety of water sport activities and is only a minute’s walk to the beach.”

Rental incomes are also providing owners in prime located developments such as these with 3.5-4.5% gross yield per annum on top of capital growth. Adds Haller: “On all the residential development units we are selling we now offer a fully-fledged rental service whereby we manage the property, source and scan tenants and collect rental on your behalf. The other option is a short-term rental where your property enters a rental pool and is let to holidaymakers for up to 65 days’ usage and 125 days for your own use.”

At Mont Choisy, where Pam Golding Properties have sold out the first two phases, upmarket, fully -furnished, luxury three-bedroom penthouses are let at USD350 per night and for USD160 for self-catering units at the more mid-level Element Bay.

Increasingly, says Haller, the trend among travellers is to look for luxury rentals which resemble more of a home-from-home than a hotel. They prefer standalone villas or luxury apartments where they can enjoy luxury island living while using on site facilities akin to a resort. Expats on work contracts generally seek a corporate rental for a period of about three years, mostly in the price range from Rs50 000 (Mauritian Rupees) to Rs130 000 USD1 500 to USD3 800 per month, while luxury rentals are between Rs130 000 and Rs325 000 USD3 800 to USD9 500.

In the north in Grand Baie Pam Golding Properties is marketing a new resort-style development called Ki Resort Apartments, which is aimed at the South African residency and investment market. This is situated in Pereybere, a few hundred metres from the coastal road, offering access to the developers’ 2BeachClub right on Pereybere beach. This development is proving very popular with two-bedroom units selling from USD290 000. Residents have access to large swimming pools, a fully-equipped gym, café, underground parking and store rooms.

Another development in Grand Baie, a minute’s walk from the beach and 2BeachClub is Serenity Villas, with well-appointed three- and four-bedroom villas starting from USD2.66 million. Designed by world-renowned architect Stefan Antoni of SAOTA, the estate includes a fitness centre and swimming pool set in landscaped gardens.

In an elevated position in sought after Black River on the west coast in Tamarin, with sea and mountain views and conveniently near the airport, a luxury development called Akasha Villas is currently under construction, comprising freestanding, three to six-bedroom villas with large verandas and spacious living areas well-priced from USD910 000.

Also marketed through Pam Golding Properties and located in a prime beachfront location in Black River is another resort-style development, Asmara Beachfront Residences, with views of the La Tourelle mountain range and with apartments priced from USD660 000. Haller says it’s very rare for foreigners to be able to buy units on a beachfront site in a development such as this, with a pool and beach club, tennis court, gym and spa.

Adds Haller: “With more and more companies setting up business in Mauritius, from as far afield as such as South Africa, India, China and countries in Asia, Europe and America, the island has experienced a boom in commercial real estate activity, with increased demand resulting in the development of many new office, industrial and warehouse buildings – notable growth which is expected to continue for the foreseeable future. At present commercial property enjoys a yield of about 8% per annum. Helping fuel the demand for high quality office and retail space is the increase in middle-class consumers adopting a Vida e café culture and wanting to enjoy a vibey retail experience with new brands.

“As a consequence of this boom in the commercial space, we are seeing a strong demand for good A grade office space as well as warehousing in the Freeport Zone, which is a sizeable duty-free logistics, distribution and marketing hub. Having launched Pam Golding Commercial earlier this year, we have a good selection of premium offices, warehouses and commercial developments available for rent or purchase, primarily located in the prime business districts of Ebene, just south of the capital of Port Louis, Port Louis itself, Grand Baie and Tamarin, among others.”

Commercial property currently available includes brand new A grade space in the four-storey Mont Choisy Business Quarters in Pointe aux Canonniers in the north of Mauritius. To be completed in July 2019, investors or owner-occupiers have the option to customise these shells and core office spaces, ranging in size from 32 to 94sqm plus parking, at prices ranging from USD105 000 to USD 308 000. The building will have 24-hour security, CCTV cameras and high-speed fibre optic.