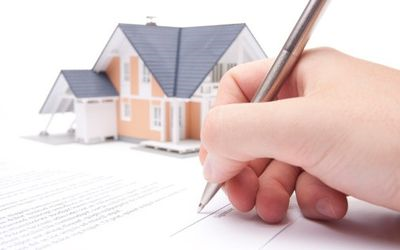 According to the property website Lightstone, the suburbs in Gauteng with the highest number of first time buyers include Protea Glen, Weltevreden Park, Lonehill, Paulshof, Bryanston, Equestria, Moreleta Park, Die Hoewes and Sunnyside.

Seeff asked their area experts in these suburbs to elaborate on the reasons for their popularity, the price range they offer and why they are ideally suited for especially first time buyers.

Khosi Sibiya, a Seeff agent in Soweto’s Protea Glen says it comes as no surprise that Protea Glen is right at the top of Lightstone’s list with the highest number of first time home buyers in Gauteng.

“Protea Glen is an emerging and sought-after suburb appealing to first time home buyers for many reasons including affordability and fantastic amenities on the suburb’s doorstep.

Protea Glen offers affordable and excellent value for money when compared to many other suburbs in the Johannesburg South region. Most properties here range between R450 000 and R800 000, but an apartment with two bedrooms, a full bathroom and an open plan lounge and kitchen can be picked up for as low as R290 000.

Amenities include primary and high schools, shopping centres like the beautiful Protea Glen Mall and a clinic. A hospital is also in the construction phase and the suburb has great infrastructure providing good and affordable public transport”.

“Weltevreden Park offers incredible value for money; entry level prices start at around R500 000 and at this price with no transfer duty payable up to R900 000 it offers a unique opportunity for first time homeowners to enter the property market.

For R500 000 – R600 000 the average apartment offers two bedrooms and a bathroom with an open plan kitchen and lounge area with fairly modern finishes. Most apartments are multi-level with a carport. The average size ranges between 55m2 to 65m2.

New developments like Orchid Ridge in the neighbouring suburb of Randpark Ridge starts at R935 000 and a two bedroom unit can be bought for around R1 million.

Orchid Ridge is a lifestyle development which offers modern amenities and a clubhouse. It is worthwhile to note that there is no transfer duty payable on new developments and VAT is included in the purchase price”.

Charles Vining, Seeff’s MD in Sandton, says the suburbs of Lonehill and Bryanston in the greater Sandton area are both very large suburbs with annual sales exceeding R1 billion.

“Bryanston is considered a central Sandton suburb and Lonehill is its northern neighbour, positioned just west of Fourways. Both suburbs are accessed from the William Nicol main route – an arterial route running from northern Fourways to the doorstep of Sandton City. This of course makes the suburbs popular for working professionals, often your first time buyers.

Many large corporate firms have offices in Sandton, which makes Bryanston and Lonehill good choices, but they also offer access to the highway for those working at firms with corporate offices in Midrand or the Johannesburg CBD.

Several firms now have corporate head offices in the Sunninghill/Woodmead area which are neighbouring suburbs to Lonehill. Location is an extremely important consideration to first time buyers.

Affordability is also a significant factor. They often look to buy off plan, as there are transfer duty savings and the benefit of being in a newly built unit. However, the space and value for money offered by slightly older units is very attractive to first time buyers too. Often, they don’t mind buying an older unit and fixing it up a little over time.

Lonehill and Bryanston offer a range of properties, from newer units to those closer to 30 years old. Prices differ vastly too. Lonehill starting prices can be as low as R800 000, Bryanston from R1,2 million for an apartment. Between R1 million and R2 million is the norm, but some spectacular sectional title property can be found in Bryanston for around R4 million. There is a lot of choice, which also appeals to first time buyers”.

Vining says that their most northern Johannesburg and Midrand suburbs, especially Paulshof also offers great options for first time buyers, working either in Johannesburg, Sandton, Midrand or Pretoria as it offers easy access to the N1 and M1 highway interchanges.

“Two or three bedroom apartments can be found in Paulshof at prices under R1 250 000”.

“Both these areas are considered a great stepping stone for newcomers who wish to establish themselves as real estate owners and may at a later stage upgrade to more expensive property.

The sectional title market which ranges between R1 million and R1.5 million is most in demand in these areas. Buyers are able to find units with two and three bedrooms in this price range.

Steve van Wyk, Seeff’s MD in Centurion, says Die Hoewes is very popular and has around 6 300 sectional title units ranging in price from a very affordable R545 000 to about R2.4 million, with an average price of R750 000.

“Approximately 500 units are sold annually and 38% of the buyers are under the age of 35 years. The appeals to first time buyers lies not only in the fact that Die Hoewes is affordable but it also offers lock up and go units close to major highways, the Gautrain Station and all facilities in Centurion City.

Hayford Obeng, a Seeff agent in Sunnyside, says this suburb is one of the fastest growing suburbs in the real estate business and has good infrastructure and location that appeal to investors and first time home buyers alike.

“The average one and two bedroom apartment in Sunnyside is priced around R270 000 and R360 000 respectively. The more expensive property includes homes in Clydesdale close to Loftus stadium with three to four bedroom homes cost between R1.6 million and R2.8 million”.