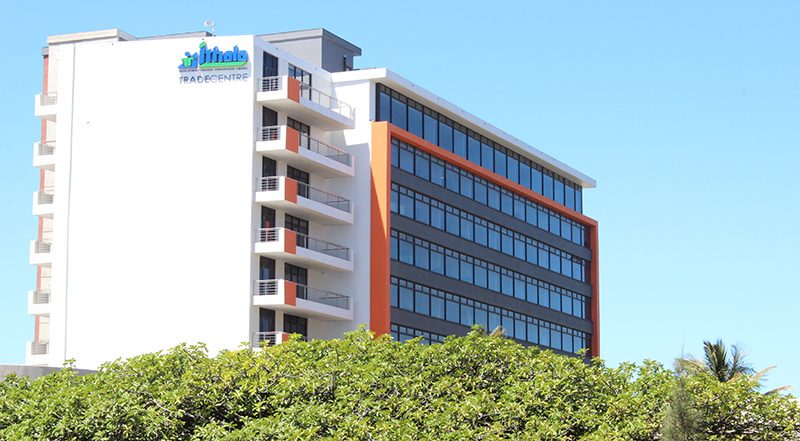 More than R47 million has been spent on small businesses in the past year during the refurbishment of Ithala Finance Development Corporation’s oldest retail and office centres in Northern KwaZulu-Natal.

The upgrades of Ulundi, Nongoma and Eshowe Shopping Centres started in October last year and are anticipated to be finalised in October this year. According to Ithala, work on the upgrades are around 70% complete on all sites and a marked improvement can already been seen. The total cost of the makeover of the three centres, built between 1989 and 1998, is in the region of R85 million.

Board members of the KZN-based state run corporation recently undertook a visit to the three centres to witness for themselves the progress being made and to get an understanding of the environment in which the organisation operates.

“We are impressed with the progress being made and commend Ithala for taking the initiative to show us their projects. The knowledge and understanding that we gain each time helps us when we receive reports and deliberate and decide on recommendations being made,” said Ithala Finance Development Corporation (IDFC) Board Member Precious Sibiya.

Fellow IDFC Board Member, Inkosi Sibonelo Mkhize, added: “Being able to get a hands-on sense of the work being done by Ithala greatly assists us in carrying out our governance function. It helps us to live the Ithala mandate to mobilize financial resources to catalyse growth, economic development and empowerment in KwaZulu-Natal.”

Themba Mathe, Acting Group Chief Executive at Ithala, said: “SMME and co-operative development is core to IDFC’s mandate and we have used the refurbishment of our centres to promote and support local small businesses… This is just the start of our intention to revitalise and recapitalise our property portfolio and to encourage public-private partnerships in developing new infrastructure in KZN. We have set an investment target of R850 million by 2021.”

Mathe added: “The refurbishment of the three centres was broken into smaller projects to allow for a wider spread of our support for small businesses. Projects, which vary from electrical and plumbing to re-roofing, painting and fencing, have been undertaken by 12 businesses – mostly small black owned businesses based in Zululand – thus creating employment for 302 people. All the contractors are CIDB compliant.

“By breaking the projects into smaller units and running them sequentially, we have also minimised the disruption of tenants’ business and customers to the centres.”

According to Ithala, it has over one million square meters of industrial and commercial space, which makes it well placed to service a variety of business sectors across the length and breadth of KZN. This , it said, affirms its position as the second biggest landlord in the province.