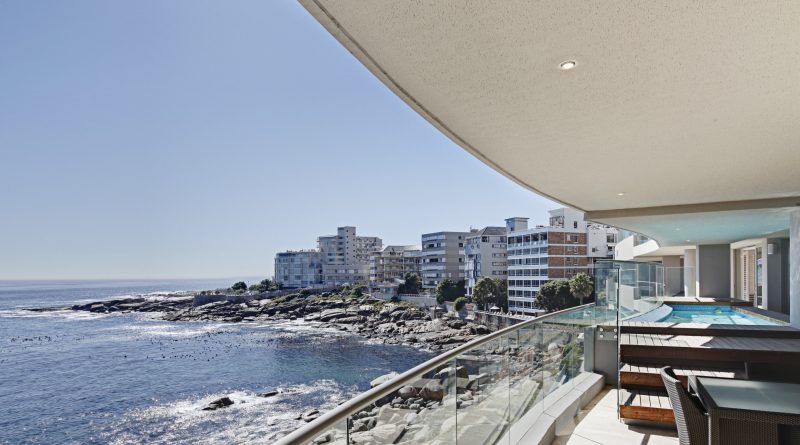 Despite the overall weaker Cape property market, Cape Town’s beach apartments remain among the most desired property. That’s the word from real estate agents Seeff, who have reported a record price of R53.8 million for an apartment in Bantry Bay.

Seeff says there have been a number of these properties selling above R20 million, to as much as R42.5m for an apartment in Mouille Point. This, it said, showed that the Cape beach property class remained “a hot favourite”, provided sellers hit the market in the right price ranges.

Cape Town’s apartment market generated over R6bn in value last year, according to Propstats and Lightstone data. More than half of that value came from the coastal suburbs, especially the Atlantic Seaboard, which generated some R830 million in super-luxury R20m-plus apartment sales, according to Ian Slot, Seeff MD for the area.

“These top end sales have been mostly in Clifton, Camps Bay, Bantry Bay, Mouille Point and the Waterfront. Apartment sales are also fairing much better than freehold houses, having generated over R1.12bn in value for the year to end May 2018, twice as much as that of the freehold sales,” says Slot.

Adrian Mauerberger and Cecily Sher, agents for the luxury sectional title sector have for example sold R125m worth of luxury apartments in the first quarter alone. Two of these being top end units in The Bantry (on Victoria Road), which sold for R31m and R53.8m respectively, the latter being a new price record for Bantry Bay. The previous highest price for an apartment in the suburb was R42.5m, incidentally for the same apartment sold by Seeff in 2014.

The Mouille Point and Waterfront team of Lynn Pinn and Finella Botes have also made exceptional sales over the last eighteen months despite the challenging conditions and achieved R159 million so far this year including R41.5m for a new luxury beach front apartment in the East West development.

It should come as no surprise that beach apartments continue attracting excellent value. For centuries, doctors have prescribed trips to the ocean to improve overall wellbeing. Research quoted by Livescience.com have shown that living by the ocean makes one happier and healthier and possibly even wealthier.

Cape Town’s beach apartments have delivered amongst the best capital appreciation over the last few years and attracts a premium of 20% to 40% and even more for high demand locations, says Slot.

Overall, the sub-R3m price band remains the most active with sales still concluded in 41 days and within 6.3% of asking price, predominantly in the Sea Point and Green Point. Above this price range, it takes around 86 days on average to sell and sellers are getting between 9.4% to as much as 22.5% below the asking price.

Atlantic Seaboard complexes attracting the highest prices are mostly on the sea side of Victoria Road from Clifton (Eventide (R45m-R73m), Clifton Terraces (R40m), The Beaches (R80m), The Clifton (R42m)) and Bantry Bay (The Bantry (R53.8m)). Mouille Point’s Platinum Mile (Beach Road) also attracts excellent prices (East West (R41.5m), Amalfi (R78m), Two Oceans Beach (R24m)) along with Granger Bay, mostly The Waterclub (R35.25m). Premium prices are also paid for apartments at the V&A Marina where Front Yacht Basin complexes have sold for up to R40m and on the Canals, a unit in Juliette sold for R40m.

The area offers excellent access to the CBD and other business nodes and of course enjoys the best views of Cape Town’s two iconic landmarks, Robben Island and Table Mountain. Blouberg is also the Kite Surfing capital of the continent and famed for the annual Red Bull King of the Air and other competitions.

Blouberg agent, Marlene Picksley for example recently made the change from a freestanding house to a beach apartment in Big Bay for lifestyle reasons. She says the change means more time to enjoy life and she just loves hearing the sea and watching the spectacular sunsets.

Beach apartments are to be found mostly in Wave’s Edge, Bloubergrant, West Beach, Big Bay and the Bloubergstrand Village. Popular complexes include Eden on the Bay, Azure, Grande Bay, Dolphin Beach and Seaside Village in the Big Bay, and closer to the Marine Circle side, Horizon Bay, The Sands and Sea Spray. Prices range from around R1.6m to R2.6m, but you can expect to pay up to R5m-R6m for a top front-facing luxury unit.

The high demand for beach apartments is being met by a few new developments along Marine Drive and in the Blouberg Village area, the exciting new Macaron Blue complex which offers super luxury units in the upper range of R6m-R15m.

While beach apartments have always been popular second or holiday home options, they are increasingly sought by own-use buyers according to the agents. They are also popular rental investments, both for short- and long-term residential let. Both the Atlantic Seaboard and Blouberg are high demand holiday destinations and that means that there is always the opportunity to do a house-swap or to rent their out over the holidays.