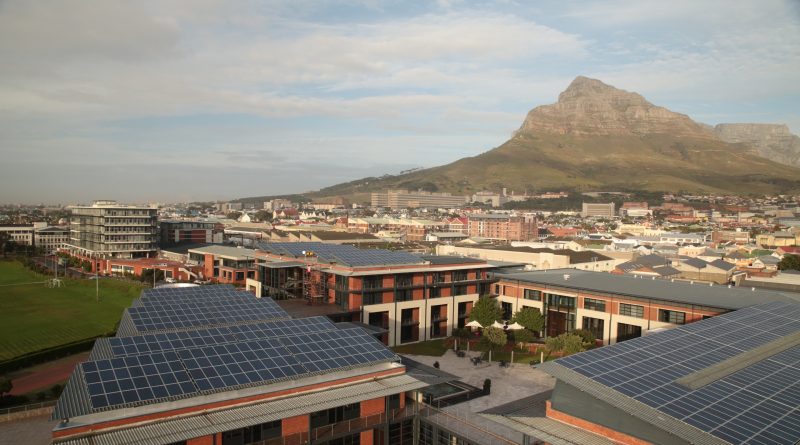 Diversified JSE-listed real estate investment trust, Redefine Properties, is anticipating savings of more than R32 million in annual energy costs and over 32,000 tons of CO2 emissions (tCO2 e) from existing solar plants as well as plants that are being commissioned during the year at its properties.

In a statement released last week, Redefine said its total installed solar photovoltaic (PV) fleet will produce approximately 35 754 600 kWh (kilowatt hour) of solar power per annum when fully operational. It added that its strategy on solar energy was “delivering cost efficiencies across the business and improving performance on key sustainability metrics”. This essentially means the property giant’s investment in solar PV technology is not only delivering savings in energy costs and contributing to the bottom-line, but importantly reducing its carbon footprint.

Ilse Swanepoel, Head of Utilities at Redefine Properties, explained: “This equates to an indicative saving of 32 819 tCO2 e, which is roughly equal to 12 million litres of diesel combusted. If offset against Redefine’s total scope 2 carbon emissions of 46 761 tCO2 e in 2017, it is a 70% reduction, assuming a like-for-like portfolio of properties.”

She added: “Renewable energy is a major point in sustainability projects and besides the financial returns that accrue from these efforts, it is clean economy on the roof.”

Redefine owns and manages some of the country’s major retail, office and industrial parks including the celebrated Black River Office Park in Cape Town. Black River Office Park is the first office precinct in South Africa to receive Green Building Council of South Africa (GBCSA) certified Green Star existing building ratings for all of its eight buildings, with a combined 75,000sqm of office space.

“We believe in making sustainability integral to our daily operations for as much economic reasons as environmental and are proud to be the recipient of this award,” says Swanepoel.

Given the increasing significance of sustainability issues, Redefine also completed an additional 2600 smart meter installations, achieved 43 Green Star ratings for buildings across its portfolio amongst which a recently completed project certifying 20 of its existing office buildings for Green Star SA ratings.

According to Redefine, Solar energy currently represents the cheapest and most sustainable way to generate renewable electricity. Besides producing no emissions and being silent, the panels furthermore shield large amounts of roof space from direct sun, leaving it cooler and further lowering energy consumption.

“In addition, technologies to further sustainable smart micro-grids such as efficient and cost-effective energy storage solutions is well within our sights to further enhance the benefits of our Solar PV plants,” it said.

“Solar is no longer niche and is a well-entrenched renewable energy source underpinning the achievement of green-building goals. Demand has grown in recent years, with many large blue chip tenants prioritising their own sustainability efforts, expecting the developer to dovetail and help achieve their objectives,” adds Swanepoel.

Besides tenants, Redefine’s strategic intent is to make its properties attractive for both shoppers and employees by locating new projects in close proximity to public transport directly reducing the impact on environment. Redefine’s R700 million-plus Rosebank Link development for example has a direct, convenient and safe access to the Gautrain Station through a ground level landscaped pedestrianised thoroughfare.

Redefine has been an index component of the Dow Jones Sustainability Index for over four years now. Furthermore, Redefine also participates in the Global Real Estate Sustainability Benchmark (GRESB). In 2017, it received an A+ rating for disclosure, well above the global average of a C rating.

GRESB assesses how companies perform on environmental, social, and governance (ESG) indicators such as energy and water consumption, carbon emissions, employee satisfaction, health and safety, and the supply chain.