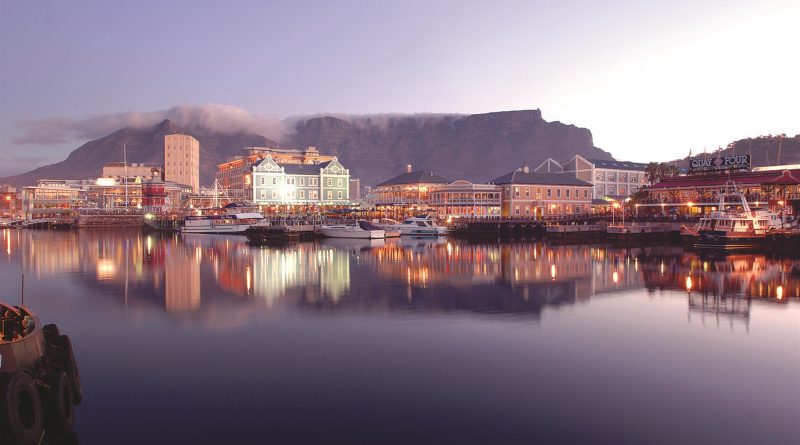 Growthpoint Properties – SA’s largest primary listed real estate investment trust (REIT) is edging closer to the R3 billion mark in terms of half-year distribution. The company, which yesterday released its interim results for the six-months ending 31 December 2017, increased its distribution income 10.6% to R2.9bn for the period.

This saw it deliver distribution per share (DPS) growth of 6.5% for the half-year, achieving its target in a difficult economic environment. Growthpoint is targeting similar DPS growth for its full financial year.

Group CEO of Growthpoint Properties, Norbert Sasse, said: “This solid set of results was achieved in a very challenging South African operating environment. In fact, this half-year may well be the toughest yet for Growthpoint. Despite this, we performed well and continued our 14-year-plus track record of uninterrupted dividend growth.”

Speaking at the company’s results media briefing, he bemoaned the negative perceptions that issues around the Resilient group of companies was having on the broader SA REIT sector.

“Growthpoint is a true and transparent property company with tangible assets. Major traditional property companies with the most liquid shares like Growthpoint, Redefine, Vukile and Investec (Property Fund) are trading at 52-week highs, despite the South African Listed Property Index SAPY being down since the beginning of the year.

“Perceptions that the whole sector is down is wrong, as most of the decline in SAPY this year is related to a very specific group of companies, with stocks that have been overvalued… We need to be differentiated, as comments about the poor share performance of the sector is tarnishing the whole listed property industry,” said Sasse.

Estienne de Klerk, Growthpoint’s Managing Director, added: “This issue that is impacting our sector, in reality, is not a real estate issue, it has got to do with the investment markets… Industry analysts need to be better at policing the sector. We need to have greater scrutiny and transparency.”

Meanwhile, drilling into the detail of its latest results, Growthpoint’s interim results presentation showed how its investment in Cape Town’s V&A Waterfront and latest internationalisation venture into the Central and Eastern European (CEE) market was paying dividends. The contribution from Globalworth Real Estate Investments (GWI), its investment vehicle in the CEE market, came in at R128 million or 4.3% of distributable income for the period. This was the first time GWI contributed to Growthpoint’s income, and it is likely to increase with further investments into the CEE market planned.

Growthpoint and the Public Investment Corporation (PIC) each own a 50% stake in the iconic V&A Waterfront. The contribution of the V&A Waterfront to Growthpoint’s distributable income has grown from R198 million or 8.1% in HY16, to R279m or 9.5% for the first half of its 2018 financial year.

Locally, De Klerk said the coastal commercial property markets of the Cape Town and Durban metros, had outperformed Gauteng and other parts of the country, in terms of real demand, rental growth and lower vacancies. However, he warned about risks associated with the Cape water crisis.

He said the negative “Day Zero” publicity internationally around Cape Town’s water woes was a concern, as it was now starting to impact hotel occupancies. However, De Klerk said, the tourism industry was doing a good job in getting the correct message across now, that despite water issues business continues in a water-wise way.

Sasse said: “While ‘Day Zero publicity’ seems to have started to impact hotel occupancies now, occupancies at the V&A Waterfront in December were not affected. It’s great that Day Zero has been pushed back, with Capetonians saving water, but Growthpoint’s water saving and water sourcing plans continue. The V&A Waterfront has prioritised its ability to trade through the water scarcity. Besides water saving, we are going ahead with our own plans for a 5 million litre a day desalination plant at the V&A Waterfront.”

He said the V&A Waterfront delivered strong growth for the half year period, as investments like the new Radisson Red Hotel and offices for PwC, British American Tobacco (BAT) and EY contributed to increased revenues. He added that the Zietz Museum had also been “incredibly successful” since it opened in September, attracting over 70,000 visitors in its opening month.

“We expect continued strong growth in the office and hotel sectors at the V&A Waterfront, and steady growth from its retail, marine and residential components. With strong property fundamentals in place, its development pipeline is well matched to demand. We are, however, mindful of the risk the water crisis poses to tourism spend,” said Sasse.

While Growthpoint still has plans to invest in Australia, it seems set to place more focus on its European expansion in Romania and Poland, as part of its international forays. Overall, it aims to have 30% international exposure in the next few years, with plans to invest a further R10bn in offshore property assets.

Locally, Sasse said Growthpoint would continue to streamline and optimise its South African portfolio through its capital recycling efforts and cutting costs. Strategically, it was finding new revenue streams, such as its Healthcare Fund that now has R2.4bn in assets; and, through third party development fees and trading profits. He said the third party development division was envisioned to contribute up to 2% of distributable income over the next few years.

“Sentiments in South Africa may now be more optimistic because of political changes, however, the operating environment remains difficult and uncertain… It will take a year or two of good GDP growth, coupled with private sector and foreign direct investment, before we see a shift to better property fundamentals. Growthpoint remains focused on rationalising and enhancing our South African portfolio,” said Sasse.