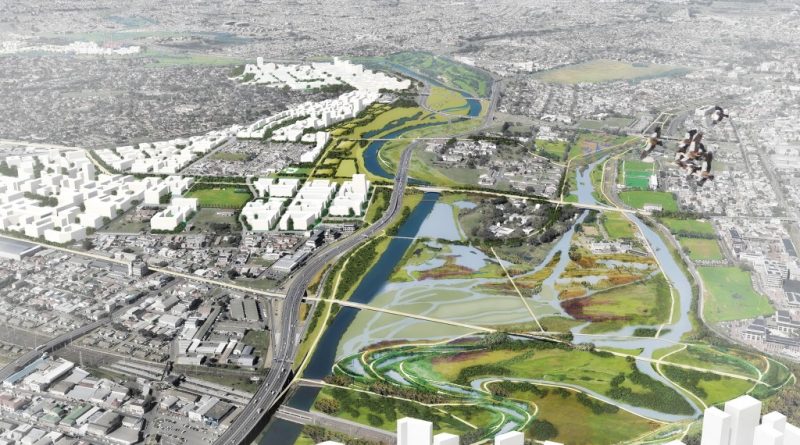 In the modern day urbanising South Africa with its General Government fiscal constraints, low rates of economic infrastructure investment, much of this around cities, have led to a growing effective land constraint.

The result is that the supply-side response to rising demand for residential property is in part seen in higher average real home values, in part in the building of more residential units, but also in part in urban “densification” and a major change in home building characteristics over the long term in an attempt to address a mounting affordability challenge in an increasingly land-scarce urban environment.

We believe that South Africa’s urban land scarcity began to increase noticeably from a stage of the 1970s onward. A key change at that stage was the steady stagnation in general government fixed investment. This was due to a general deterioration in the state of government finances as a worsening political situation caused major economic and government revenue stagnation.

One of the expenditure items to suffer was general government economic infrastructure investment. Rapid urbanisation further increase the pressures.

So, while theoretically SA has no great land scarcity, and we could expand the likes of Joburg and other major cites significantly, in reality this has become less practical in recent decades due to limited expansion in urban infrastructure, very importantly, (but not only) in the area of transport infrastructure. This has implied increasing urban congestion to, from, in and around key business nodes.

From our FNB valuations data, where valuers note the estimated building date of a property each time they value one, we can glean important information regarding the size and characteristics of homes built in certain periods.

A long term acceleration in government infrastructure investment through the 1950s and 1960s to early-70s (much of the urban infrastructure investment admittedly being in and around the highly-traded former “white” suburban areas) corresponded with an increase in the average size of full title residential stands to an average peak size of 1063.4 square metres for homes built from 1970-1974. With the onset of steadily declining focus on infrastructure by general government, we went into a long term declining trend in the average stand size of a house. 2.5 years into the current 5-year period, i.e. 2015 to 2019, that average size of a full title stand to date has measured 551.94 square metres, almost half the average stand size of full title homes built in the early-70s.

Long term building size diminishes too, though not as rapidly as average stand size

But the adjustment to land scarcity in more recent times has gone further than merely a reduction in average size of full title stands. Average building size has also declined significantly, from a 203.35 square metre peak for homes built from 1970-1974, to 161.89 square metres for buildings built from 2015 to 2017.

It seems, however, that households are far happier to dispense with outdoor space than indoor space in the quest for affordability. This is reflected in the decline in full title building size not having kept pace with the decline in average stand size. The result has been an increase in the full title land utilisation rate (building size/stand size) from a low of 20.4% for homes built from 1975-79, to 33.2% for the period 2015-17.

Households are also reducing the luxuries in order to address the long term deterioration in home affordability.

A further noticeable way in which South African households are addressing the long term rising trend in real urban property values (if one could measure them on a per square metre basis instead on the basis of average home value), is via the dramatic reduction of certain “luxuries”. Domestic workers’ quarters, an Apartheid Era institution, peaked in buildings built from 1955 to 1959, with 63.82% of homes built in those years possessing this characteristic. For homes built from 2015 to 2017, the percentage is a far lower 13.02%.

The late-70s/early-80s appears to have been the Golden Era of the swimming pool, with 38.28% of homes built from 1975-79 having pools (although admittedly some of the pools may have been built at a later stage). Thereafter, the long term declining trend set in, and a mere 8.84% of homes built from 2015 to 2017 have such luxuries, according to the significant sample of homes valued by FNB.

While there has not been that much “economising” on garages, carports have diminished in popularity more significantly. Whereas 38% of the homes built in the 1975-79 period had carports, this declined to a far lesser 13% by the 2015 to 2017 period.

The demise of the Study in the newly built home has partly to do with the need to economise on space, and partly to do with technological development and the fact that much information has moved from the bookshelf, the filing cabinet and desk, and onto the computer or laptop. This has greatly reduced the need for such study space in the modern home.

As land scarcity mounts, and average stand size gets smaller, so the incidence of multi-storey homes increases. Whereas the average number of storeys on homes valued by FNB was 1.13 for homes built in the 1985-89 period, this increased to 1.39 storeys by the 2015 to 2017 period.

Interestingly, though, despite smaller homes with less rooms on average, implying less people, there has not been a similar decline in the number of bathrooms per house. For homes valued by FNB, those built in the 2015 to 2017 period had 1.57 bathrooms per home on average. This is only marginally lower than the 1.64 high reached in homes built from 1980 to 1984.

The long term home densification process is expected to continue as the long term effective scarcity of urban land mounts.

The key challenges coming out of this rising urban land scarcity and densification include: