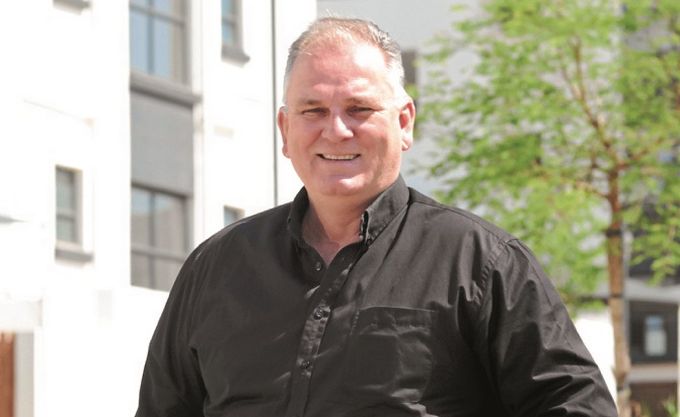 Company News
May 15, 2017May 15, 2017 admin Balwin Properties, JSE, Residential Estate, Results, Stephen Brooks
High quality, affordable product offering coupled with exceptional project cost management saw Balwin, homebuilder focusing on large scale sectional-title residential estates  post an 18% increase to R661 million for the year ended February 2017.
The JSE listed had 13 developments under construction during the period, and in line with its forecast, sold 2 711 apartments at an average selling price of R995,000 per unit. Revenue increased 30% to R2.7 billion and gross margin remained on target at 37% in spite of an increase in construction related costs.

“The fact that we operate in diverse locations across high density urban nodes ensures the sustainability of our business and ability to create shareholder value.”

Balwin listed on 15 October 2015 and is differentiated from other JSE listed property companies and REITs as its business strategy is underpinned by generating profits through the development and sale of large-scale residential estates. These estates average in size between 500 and 1 000 units and offer buyers secure, affordable, high-quality and environmentally friendly one, two and three bedroom apartments ranging in size from 45m2 to 120m2.

Balwin’s investment proposition is backed by a robust, proven, business model supported by urbanisation and growth of the middle class. The Company mitigates risk by matching construction to pre-sales and rolling out developments over several phases which are financed per phase.

The Company’s success is based on a continuous development approach – selling 20 to 25 units per location, per month in diverse locations in order to maintain price tension in the market as well retain artisanal expertise across sites.

“Our developments continue to be in high demand. A number of first phase developments were launched during the review period and have experienced strong sales.

“We are particularly encouraged to see that our latest developments launched near year end have seen sustained demand and are achieving record pre-sales figures despite the economic uncertainty that we are experiencing,” commented Brookes.

Greenstone Crest in Johannesburg East and De Velde, which was Balwin’s first development in the Western Cape sold out during the period.

Balwin launched six new developments during the financial year namely; Malakite and Amsterdam in Johannesburg, Grove Lane and The Blyde in Pretoria, The Sandown in the Western Cape and The Polo Fields, Balwin’s first development in Waterfall. Pre-sales at Westlake and The Sandown have been pleasing, reaching over 25 and 30 apartments per month respectively. The Polo Fields, which was launched in February 2017, achieved over 300 pre-sales and the first phase is expected to be handed over in August 2017.

A couple of developments were launched just post year end and all have experienced significant demand. The Whisken in Johannesburg North and Kikuyu, Balwin’s first development in Waterfall Fields, achieved over 200 pre-sales while the first phase of The Jade in the Western Cape is largely sold out.

“We are continually seeking innovative initiatives to differentiate our product. The latest such innovation is the addition of a Crystal Lagoon to The Blyde, our first development in Riverwalk. This will be the maiden Crystal Lagoon in sub-Saharan Africa and offers buyers a one-of-a-kind lifestyle.

“These initiatives are what gives us an edge over our competitors and drives demand for our apartments,” added Brookes.

In line with its strategy communicated at listing, Balwin acquired a parcel of land in Ballito, Durban which earmarks its entrance into the KwaZulu-Natal housing market. The land acquired can accommodate over 2 500 apartments which will be developed over a period of eight years with development expected to be launched during the current financial year. KwaZulu-Natal is a strategic growth area for Balwin and the Company aims to acquire further land for development. Balwin has opened an office in Umhlanga in order to commence operations and has appointed Anthony Diepenbroek to manage the division.

“The acquisition of a parcel of land in Ballito, Durban marks Balwin’s entrance into the KwaZulu-Natal housing market, a strategic objective identified at the time of listing.

“Our secured development pipeline has been extended to 33 786 apartments to be rolled out over approximately ten years which will sustain our future growth.

“We are mindful of the challenging economic conditions that lie ahead. Balwin’s business model allows for flexibility to rapidly adapt to prevailing market conditions and reduce risk. Levers that we have at hand include varying the rate of construction according to the rate of sales to improve cash preservation and adjusting certain development phases to contain more one- and two-bedroom apartments to maintain sales and margins. Additionally, our phased approach to development and finance limits finance risk,” Brookes concluded.

Balwin’s policy is to re-invest 70% of its after tax profits back into the business to support development growth, with the remaining 30% of profits distributed to shareholders. Accordingly, a gross dividend of 31 cents per share was declared bringing the total dividends for the year to 42 cents per share.