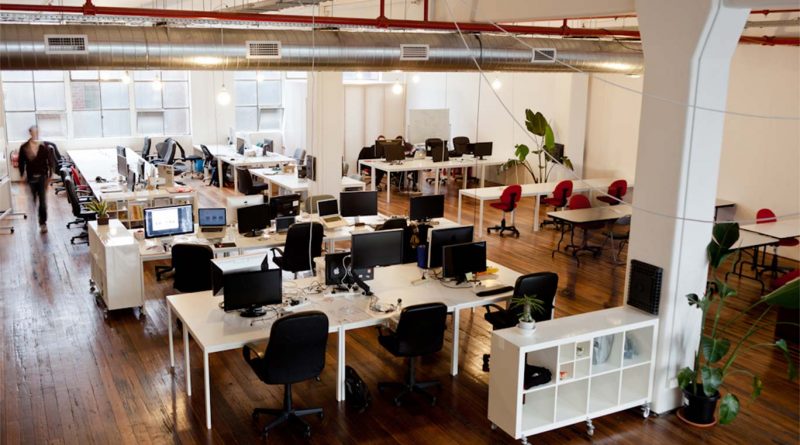 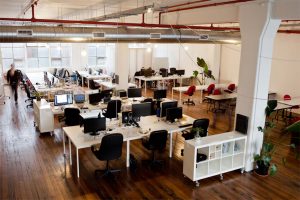 The rise of the shared economy is not only shifting how we work, but where we work. Co-working office space is on the rise in South Africa and has all the makings for very profitable business opportunities. However, investors are struggling to get the traditional lenders to shift their blinkered perception and lending criteria when it comes to alternative property use cases.

The increasing popularity of co-working spaces, has been driven by a younger generational workforce who don’t want to be tied down to the rigid corporate nine-to-five lifestyle. Exponential increases in communication technology and broadband access has also allowed corporates to take advantage of the benefits of a remote workforce.

An article by Alex Kopicki, CEO of co-working company, Kinglet puts the growth into perspective: “The number of co-working facilities across the globe has nearly doubled every year for the past five years. Small Business Labs projects that more than 12,000 global co-working spaces will exist by 2018 with over 1 million members.”

The growth of small and micro companies in South Africa has also led to a need for co-working office space. Many entrepreneurs may not want to pay for a monthly rental, but realise the benefit of having a place to engage with their peers, as well as conduct meetings, in a professional and serviced space. Regions, like the Western Cape, where there is a high density of independent consultants, and tech start-ups has seen a significant uptick in demand for co-working space, making this a hot investment area for many.

A big factor in how traditional financiers are granting loans for new investments, and for loans against current investments, is based purely on traditional valuations. A business running a co-working property may be letting the space at R220 per square metre as opposed to the average R100 per square metre for a traditional long-term let. When looking to finance this property, it would be fair for the buyer to value the deal based on the expected income. However, the bank valuation will cap the number based on what would happen should the property be sold for what it was intended – occupancy – rather than as a business.

Banks are also applying strict equity requirements when looking at granting finance, something which is further constraining potential business growth and new entrants into the space. In short, banks are viewing these investments as property transactions rather than business investments. What’s more, banks typically fund commercial property against long-term leases. The short-term nature of leases for shared spaces goes against their funding model, making bank finance less likely for potential investors.

There is money out there, and plenty of it

The good news for investors out there who are looking to take advantage of this trend, or use co-working spaces as assets to secure additional growth capital, is that there are still institutions who are not only willing to throw their money behind the investment fundamentals of co-working spaces, but who will actively work with them to build partnerships to achieve success.

A great example of the kind of deal which can be structured, is one which came through our doors just this month.

By reaching out to a number of business partners we were able to offer a 50% loan-to-value, interest only, three-year deal. We asked for R2 million in surety, when the banks would have looked at anything between R6 million and R12 million. What’s more, we were able to get a definitive answer on the loan within 36 hours and had final documents for sign-off within the week.

Because we viewed the property as a going concern, analyzing the fundamentals, including day-to-day operations and future potential, we were able to make a sound business call on the real risk, not just the value based on occupancy.

Co-working spaces, in the right area, and managed well, are solid business investments and they should be viewed as such by lenders. Fortunately, the alternate lending space is not only open for business in this area, but actively seeking it out.