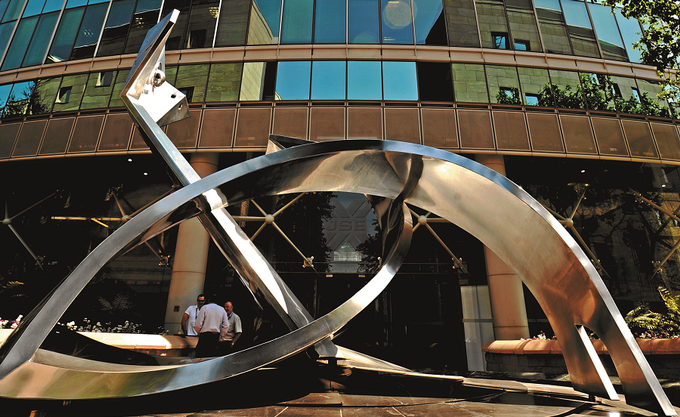 The JSE’s ever-growing pool of offshore property offerings is making it increasingly difficult for SA investors to pick potential winners. This is particularly so given recent rand volatility, concern about how Brexit will play out and a weak pound, which have played havoc with the share prices of rand-hedge property stocks in recent months.

Even New Europe Property Investments (Nepi), arguably one of the JSE’s most lucrative offshore investments in recent years, is down 9% in the year to date. Meanwhile, new listings continue to join the fray, with no fewer than 11 rand-hedge property stocks making their JSE debut over the past 12 months alone.

The key question, then, is whether now is the right time to increase exposure to offshore property stocks, given recent share-price weakness and a stronger rand — or is there more pain in the offing?

“We still like offshore property as an investment theme because it offers better fundamentals than the SA property market,” says Stanlib head of listed property Keillen Ndlovu. He refers to limited supply of stock in most offshore markets as opposed to a growing oversupply of offices and shopping centres in SA; a positive yield spread globally on the back of low debt funding costs while the opposite applies in SA; and property pricing that is typically still in line with net asset values, again unlike the local scenario.

But he says there’s no doubt that currency volatility and Brexit have forced SA investors to become more selective.

Jay Padayatchi, director of Meago Asset Managers, has similar sentiments, saying it’s more important than ever for SA investors to consider the underlying fundamentals of individual rand-hedge stocks given the extent of the rand’s volatility amid growing political and economic uncertainty, at home and abroad.

“Investing in any offshore property listing merely on the back of the hard currency earnings it offers is extremely shortsighted. Those days are over,” says Padayatchi.

One rand-hedge property stock that is starting to reappear on value chasers’ radars is MAS Real Estate. The company was originally listed on the JSE in 2009 by a group of SA investors with backing from Atterbury and Sanlam. Attacq is currently the biggest single shareholder.

Management, under CEO Lukas Nakos, has grown the portfolio aggressively over the past two years, taking assets from €64m to €400m in the two years to June 2016. Though MAS was traditionally a capital-growth play with an exclusive focus on the UK, Germany and Switzerland, the company is now also intent on delivering a growing income stream to investors.

In fact, dividends were already up 34% for the year to June. Management hopes to continue to grow dividends by at least 30%/year for at least the next three years and plans to deliver on its growth promises by expanding its investment strategy from Western Europe to Central and Eastern Europe (CEE).

What makes MAS’s entry into the CEE region particularly intriguing is its tie-up with the former executive management team and co-founders of Nepi. Martin Slabbert and Victor Semionov, who were instrumental in turning Nepi into Romania’s dominant retail developer, formed their own company early last year under the banner of Prime Kapital. During a recent visit to SA, Nakos and Slabbert said the joint venture will invest about R4bn in new developments in, among others, Romania, Slovenia and Poland, which should create a portfolio of between €800m and €1bn in the next three to five years.

Nakos concedes that the CEE region has become very competitive as its high-growth economies now offer better returns than those of Western Europe. “So it’s crucial to differentiate yourself by having the right team on the ground.”

He says that’s why MAS teamed up with Prime Kapital.

In addition to the development pipeline, MAS and Prime Kapital plan to assemble a portfolio of existing income-producing buildings in the CEE region. Slabbert says they will buy buildings only if they can unlock value through redevelopments and extensions: “We are not interested in being passive rent collectors.”

Like other property stocks with exposure to the UK, MAS’s share price has been under pressure this year, dropping about 30% between January 2 and mid-August. But the counter has recovered 15% over the past month alone, which places it on a forward dividend yield of a still-decent 4.7%.