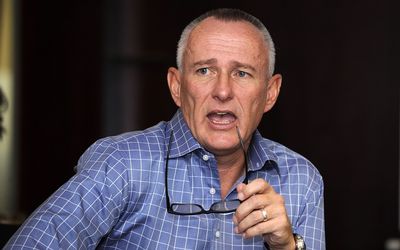 SA’s largest  property fund Growthpoint Properties grew its dividend per share a pedestrian 6% in the six months to December last year as the Acucap-Sycom portfolio it bought during the year put a strain on earnings.

Some property funds are expected to achieve double-digit dividend growth this results season. But analysts say Growthpoint’s property metrics are solid and it is likely to grow distributions 8%-9% next year.

The interim results released on Wednesday showed strong metrics, with vacancies falling to 4.9% from 6.4% a year earlier, while gross revenue grew 28.7% and its property portfolio climbed 10.1% in value. Growthpoint’s cost-to-income ratio also improved from 27.8% to 26.5%.

Net asset value per share grew 6.1% during the period.

Growthpoint was expected to achieve similar dividend growth of about 6% for the full financial year to June, he said.

Growthpoint owns and manages a portfolio of 473 properties in SA, 57 properties in Australia through its 65% investment in Growthpoint Australia, and a 50% interest worth R7bn in the V&A Waterfront in Cape Town. Its consolidated property assets are valued at more than R110bn and it has a R4.2bn acquisition and development pipeline.

Grindrod Asset Management chief investment officer Ian Anderson said many investors would be disappointed with the results because Growthpoint’s dividend had grown less than funds such as Resilient Reit, with 25% growth, Emira Property Fund (8.8%) and SA Corporate Real Estate Fund (10.8%).

“Investors are desperate for growth now with many companies, not just property funds, struggling and the economy as weak as it is. Many fund managers have been underweight Growthpoint, as they can get larger returns more quickly elsewhere, but I would think by about 2017 we could see Growthpoint’s dividend growth closer to 9%. Its metrics remain strong, and it has a better rating than many of its peers,” Mr Anderson said. Growthpoint had a forward yield of 7.8%, he said, which is just behind Redefine Properties’ 7.8% and well ahead of Hyprop Investments’ 5.8%, Fortress Income Fund B’s 4.9% and Resilient’s 4.2%.

Growthpoint is still integrating the Acucap-Sycom portfolio of assets. The company finalised the takeover of Acucap Properties and Sycom Property Fund last year, which added R8bn of assets to its roster. In the deal, however, it took on some floating rate debt at low yields, meaning higher finance expenses were incurred in the period, weighing on earnings.

Thabo Ramushu, an executive director at Meago, said it was notable that the diversity of Growthpoint’s portfolio helped it to grow dividends 6% despite some challenges.

“Results achieved were at the upper end of guidance although the Sycom-Acucap portfolios are still slowing growth. The growth in distribution benefited from a favourable exchange rate from Growthpoint Australia,” said Ramushu. “The V&A was a star performer with retail and hotel occupancies benefiting from increases in foreign tourism.”